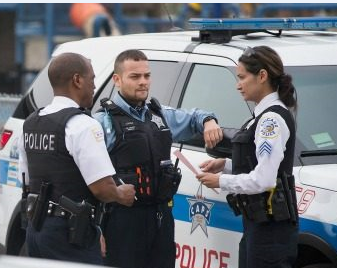 Fifty-six people were shot, at least four fatally, over the weekend in gun-controlled Chicago.

The Chicago Sun-Times reports the violence began with a 12-hour flurry of shootings in which 20 were wounded and two were killed.

As the weekend unfolded bodies were found in parks, gangways, and streets. The shootings included arguments that boiled over, random attacks, and drive-by incidents.

For example, an 18-year-old was killed after the man he was arguing with pulled a gun and shot him multiple times.  A 32-year-old man standing on the street was randomly shot in the head and killed by someone who opened fire and the Daily Mail reports that a 17-year-old “and his girlfriend were walking home at around 12.30 am [Saturday] in the North Lawndale neighborhood when a car passed by and shot them both.” The 17-year-old was hit six times and pronounced dead at the hospital.

Breitbart News reported that at least 50 people were shot in gun-controlled Chicago during the last weekend of May 2019. At that time the weekend was the most violent of 2019.

WGNTV reports that the shootings included dry-bys, double-homicides, and attacks in which up to four victims were struck with gunfire. One attack left a 26-year-old mother dead after she was shot at a party.

Forty-three people were shot in gun-controlled Chicago over Memorial Weekend 2019. Seven of the shooting victims died.