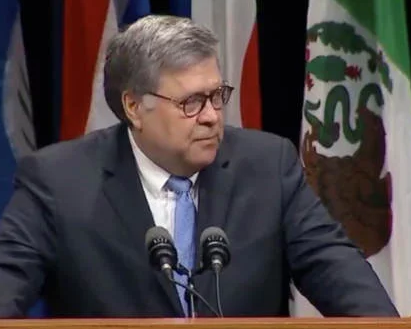 Barr has declared that the Trump administration will put the question of citizenship on the 2020 census.

Attorney General William Barr said on Monday that the Trump administration can add the citizenship question to the census for 2020 and will be proceeding as such, despite the Supreme Court ruling last month.

“I agree with him that the Supreme Court decision was wrong,” Barr said in an interview with the Associated Press.

He added that there is “an opportunity potentially to cure the lack of clarity that was the problem and we might as well take a shot at doing that.”

Last month’s SCOTUS ruling was primarily centered around the administration’s justification of adding the citizenship to the census, which was to properly enforce the Voting Rights Act. Chief Justice John Roberts joined the liberal court members in saying their rationale “seems to have been contrived.”

Barr will be tasked in coming up with a new reasoning to add citizenship to the census, and the Justice Department has shaken up their legal team to ready themselves for the next battle.

“Since these cases began, the lawyers representing the United States in these cases have given countless hours to defending the Commerce Department and have consistently demonstrated the highest professionalism, integrity and skill inside and outside the courtroom,” department spokeswoman Kerri Kupec said in a statement.

Although it was widely reported that President Trump would give up on the census question after the SCOTUS ruling, he quickly went onto Twitter to denounce those reports as fake news.

The News Reports about the Department of Commerce dropping its quest to put the Citizenship Question on the Census is incorrect or, to state it differently, FAKE! We are absolutely moving forward, as we must, because of the importance of the answer to this question.