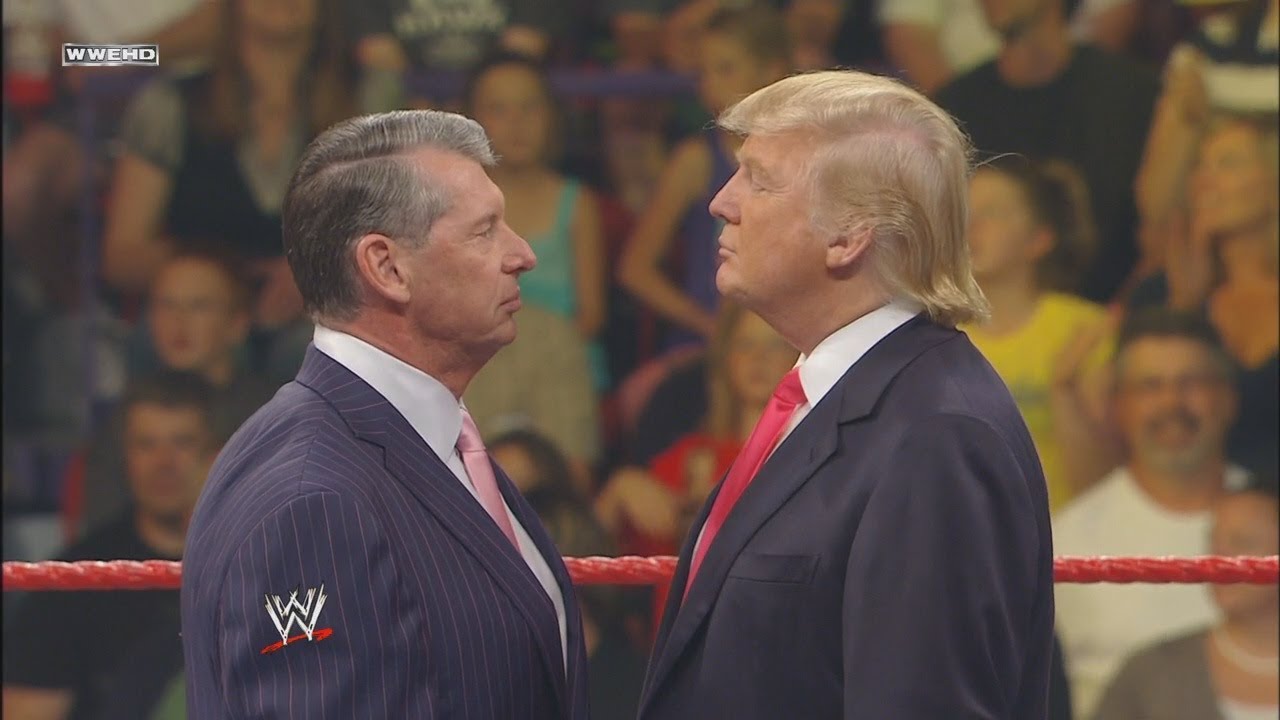 MAN OF THE PEOPLE: President Trump Expected to Appear on WWE SmackDown Live in October

President Donald Trump is scheduled to return to WWE programming, over a decade after he appeared at WrestleMania 23 participating in an iconic billionaire hair vs. hair match with WWE Chairman Vince McMahon.

Trump is set to appear on WWE SmackDown Live in October. This will help kick off the show after the television program moves to FOX, who acquired the brand for $1 billion dollars in 2018 to air on Friday nights.

FOX reportedly floated the idea of incorporating Trump into their first broadcast of SmackDown Live. According to internal e-mails and documents, they have been “talking to Vince” and prodding McMahon to “make the call” to Trump to finalize the deal for him to appear on the program.

“FOX have asked for Trump so I’m trying to write something short and easy for him that makes him look good. Vince doesn’t like us to say anything bad about Trump so I’m just doing the best I can,” a member of the WWE creative team told Sportskeeda, adding fuel to the speculation that Trump will appear on SmackDown.

Trump has a great relationship with McMahon and the WWE going back many decades. Trump hosted WrestleMania IV and V in 1988-1989 at the Historic Atlantic City Convention Hall in Atlantic City, New Jersey, and appointed his wife Linda to a role as Administrator of the Small Business Administration (SBA). She now works on a political action committee to ensure Trump’s presidential victory in 2020.

“She has been a superstar,” Trump said of Linda McMahon. “She’s going to go and help us with a very, very important year and a half that we have coming up,” he added. “And the re-election as they call it. And we look forward to that.”

“I wish to thank the President and I will continue to be a strong advocate for him and his policies,” Linda McMahon said as she departed the SBA.

When McMahon and Trump have appeared on WWE programming together in the past, the results have been incredibly entertaining:

If Trump does end up appearing on an edition of SmackDown Live, it will mark the first time that a sitting President of the United States has ever appeared on a pro wrestling show. It would be yet another milestone that Trump could add to his already massive list of achievements.