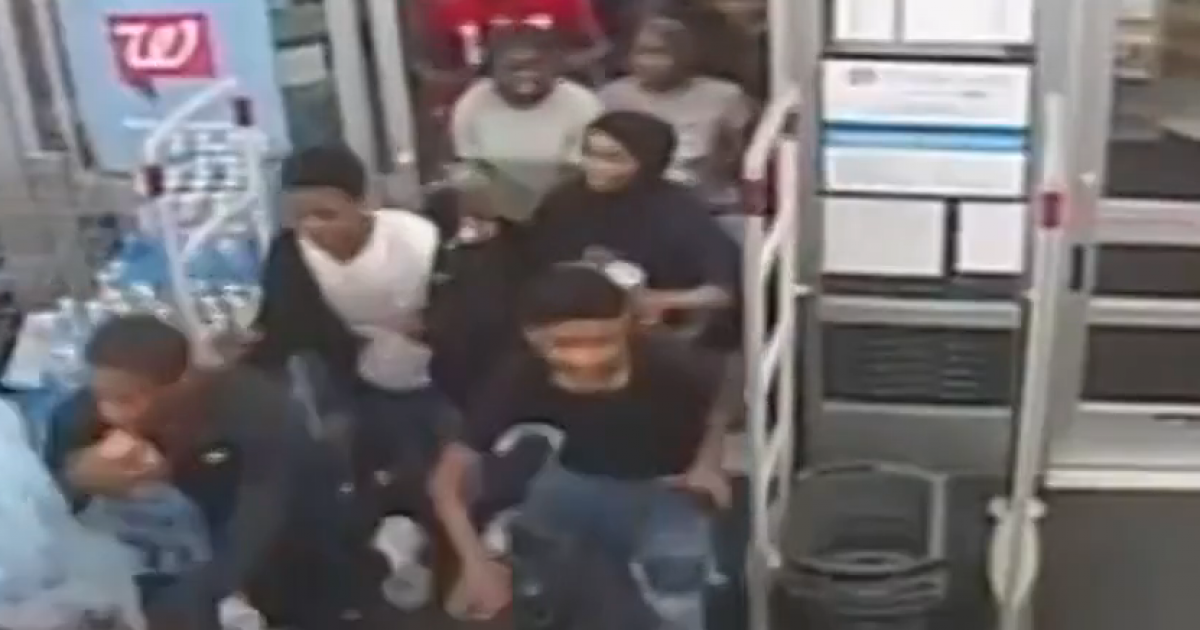 A mob of Philadelphia teens stormed a Walgreens to celebrate the Fourth of July.

An unruly mob of Philadelphia youths decided to celebrate the July 4th weekend in an unconventional fashion- by mobbing an area Walgreens, leaving a path of destruction in their wake as they shoplifted store merchandise and attacked employees of the establishment.

About 60 people rushed through the entrance of the Philly store at 10PM on the holiday, leaving staff woefully unequipped to counter the gang of riotous youths intent on taking whatever they pleased.

On surveillance camera footage, the mob could be seen wantonly destroying and throwing merchandise- some of it at Walgreens employees who tried to stop the devastation the flash mob seemed intent on inflicting on their place of business.

The Philadelphia Police described the robbery as taking place at 1800 South Street.

Authorities are said to be searching for suspects, but it’s difficult to make arrests in incidents involving a full-scale mob. The riotous youths accordingly knew to use strength in numbers, making it difficult for Walgreens employees or the Philadelphia Police to stop them from thoroughly trashing a medium-sized retail store.