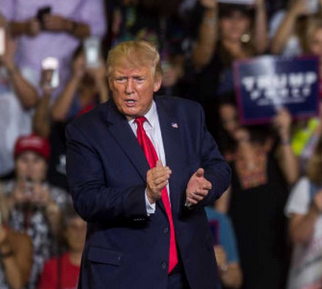 An impeachment effort led by a Texas Democrat crashed and burned on Wednesday as a majority of the lawmaker’s own party shut down his attempt to take down President Trump, who promptly declared the impeachment campaign against him “over.”

The impeachment process allows any member of the House to file a resolution on which the body must vote, even if the ranking members of the party are against it, as was the case for the Democrats Wednesday.

With Pelosi leading the opposition to the impeachment effort, the House voted overwhelmingly to table Green’s resolution, 332 to 95, on Wednesday. “All Republicans joined with 137 Democrats and the lone independent, Justin Amash, to table the resolution,” NBC News reports; one lawmaker voted present.

Pelosi came out hard against the resolution at a press conference Wednesday. “We have six committees working on following the facts in terms of any abuse of power, obstruction of justice and the rest that the president may have engaged in,” she told reporters. “That is the serious path we’re on — not that Mr. Green is not serious, but we’ll deal with that on the floor.”

Green’s resolution focused singularly on Trump’s “racist” comments directed at the so-called Squad — Democratic Reps. Alexandria Ocasio-Cortez (NY), Ilhan Omar (MN), Rashida Tlaib (MI), and Ayanna Pressley (MA). “So interesting to see ‘Progressive’ Democrat Congresswomen, who originally came from countries whose governments are a complete and total catastrophe, the worst, most corrupt and inept anywhere in the world (if they even have a functioning government at all), now loudly and viciously telling the people of the United States, the greatest and most powerful Nation on earth, how our government is to be run,” Trump tweeted Sunday. “Why don’t they go back and help fix the totally broken and crime infested places from which they came. Then come back and show us how it is done. These places need your help badly, you can’t leave fast enough. I’m sure that Nancy Pelosi would be very happy to quickly work out free travel arrangements!”