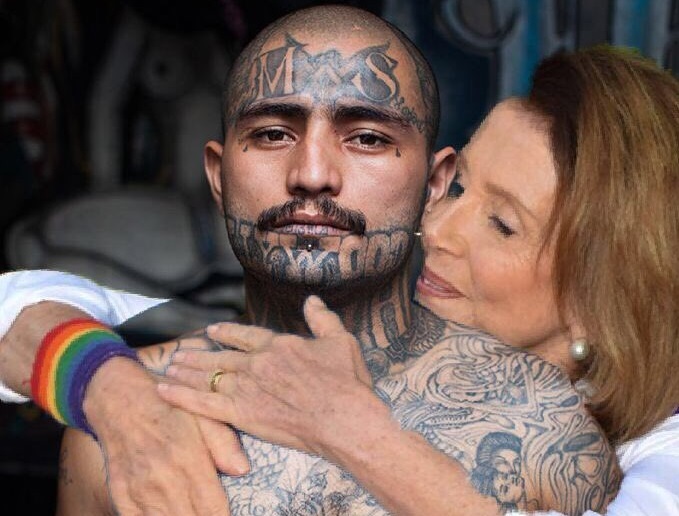 This is who the Democratic Party is protecting with their open border radicalism.

Yesterday, it was announced that 22 alleged members of the infamous MS-13 gang were apprehended and indicted by law enforcement after being charged with a string of brutal murders and other criminal actions, including a gruesome display at the Angeles National Forest where several people were hacked to death.

The U.S. attorney’s office announced that 19 of the 22 individuals named in the indictment came to the country illegally from Honduras and El Salvador, two of the countries commonly linked to the Soros-funded migrant caravans that have contributed greatly to the ongoing border crisis. They arrived within the last four years.

“These gang members sought out young victims in their teens and early 20s who were new to this country. Many had recently immigrated from El Salvador and Honduras. They were alone, looking to fit in with others from native countries,” Los Angeles County Dist. Atty. Jackie Lacey said.

“But instead, they met their demise quickly at the hands of gang members who preyed upon them,” she added.

Perhaps the worst victims of this illegal alien crime spree were four individuals murdered with machetes, baseball bats and knifes in the Angeles National Forest. Paul Delacourt, who works as assistant director in the FBI’s Los Angeles field office, claims the extreme violence was deployed by the gang “to exert their dominance in Los Angeles as opposed to maintaining allegiance to the Mexican Mafia.”

The LA Metropolitan Task Force on Violent Gangs, which is a coalition consisting of members of the FBI, LAPD, and the LA County Sheriff’s Department, conducted the investigation against the MS-13 thugs, which resulted in a Racketeer Influenced and Corrupt Organizations (RICO) case that was unsealed to the public on Monday.

“We have now taken off the streets nearly two dozen people associated with the most violent arm of MS-13 in Los Angeles, where the gang is believed to have killed 24 people over the past two years,” said United States Attorney Nick Hanna.

“This investigation has been an unqualified success. The collaborative law enforcement effort solved several murder cases and dealt a severe blow to members of the gang who engaged in acts of brutality not seen in the region for over 20 years,” he added.