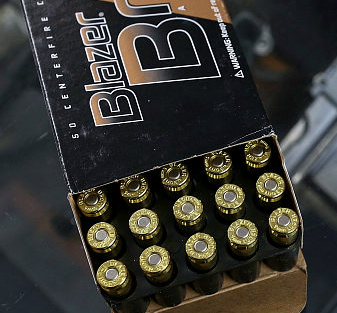 CA Mayor: I Drive 280 Miles Round-Trip for Ammo Thanks to State’s Gun Laws

Needles, California, Mayor Jeff Williams says the gun laws of his state require him to drive 280 miles round-trip in order to get ammunition to hunt quail or target shoot.

One set of controls were the new provisions for ammunition purchases, which make it illegal to buy bullets or shotgun shells from anyone other than a state-approved, California ammunition dealer.

On August 20, 2019, Mayor Williams told Tucker Carlson the ammunition controls mean he is prohibited from driving 15 miles into Arizona to get ammo. Rather, he has to drive a 280 mile round-trip within his own state to shotgun shells to quail hunt.

Williams said, “I have to drive 280 miles round-trip to Barstow or 200 miles to Blythe to buy ammunition to go quail hunting or…target shooting. I have 12 guns ships within 15 miles of me into Arizona.”

Williams made clear Needles is seeking to be excluded from the state’s ammunition controls and is also asking the state to allow the city to recognize concealed carry permits from Arizona and Nevada, so as to increase commerce with residents from those states.