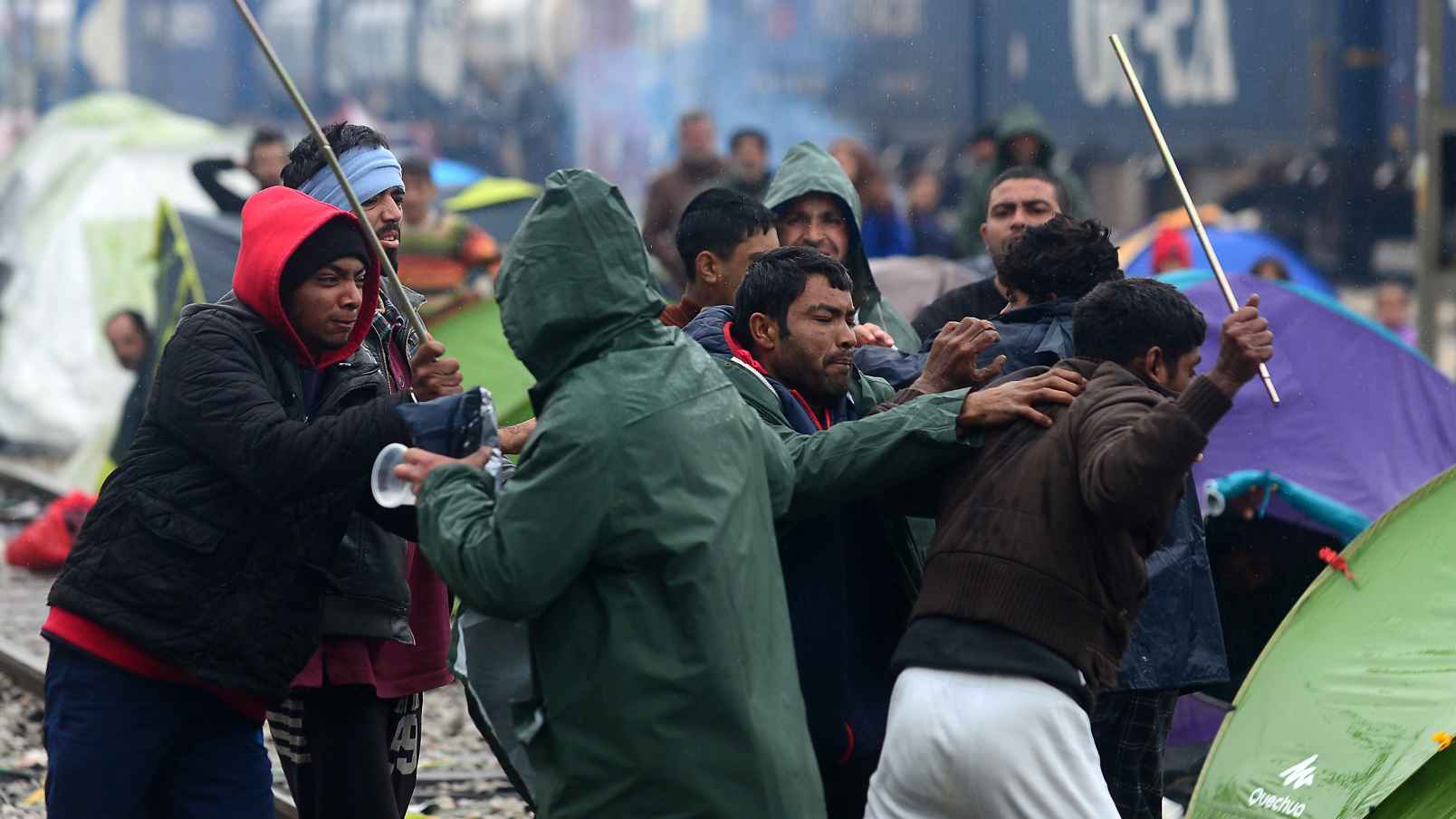 “…civilization is precious good, whose delicate complex of order and freedom, culture and peace, can at any moment be overthrown by barbarians invading from without or multiplying within.”
-Will Durant, historian

It is a situation that the left-leaning German media averts its eyes from because it disrupts the multicultural idyll it promotes: that Germans are, overwhelmingly, the victims of migrant crime.

But leftist journalists’ looking away does not prevent German police from putting the real face on this terrible situation.

“Germans were more often the victim of a crime committed by a migrant than the other way around,” stated Germany’s Federal Crime Office in a publication titled “Criminality in the Context of Migration.”

And crime statistics provided by the German national newspaper, Die Welt, unfortunately, bear this out. The Federal Crime Office stated that in 2018 230 Germans fell victim to the crimes of murder and manslaughter, committed by a least one migrant suspect, while 33 asylum seekers were killed by German suspects.

The Federal Crime Office’s statistics in the area of sexual assault are even worse. In 2018, police recorded 3,261 sexual assaults against German women by migrants, a 21 percent increase over 2017, while 33 women asylum seekers were sexually assaulted by Germans.

These stats show with precision that the liberal/left wing assertion that migrants are threatened by right wing radicals or “those hostile to foreigners” is false and a “very narrow one.” As the stats prove, it is obviously the other way round. Anti-German leftists are probably also unhappy that these same statistics show the number of crimes committed by Germans has been going down for years.

These migrant crime stats would not have surprised Karen Hiesig, a German youth court judge in Berlin.

In her evaluation of migrant youth crime, which she documented in her 2010 book Das Ende der Geduld (The End of Patience), she found “that youths with a migrant background commit violent crime more often than German youths.” (Hiesig says her statement does not pertain to Asians.)

Hiesig goes on to state in her book that repeat criminals with 30 “serious” crimes are 90 per cent foreigners; 45 per cent are of Arab background, and 34 per cent are Turkish.

“Arabs present by far, with their share of the population, the majority of serious criminals,” states Hiesig, noting that “the more serious the crime, the higher the portion of foreigners.”

Hiesig also downplays the involvement of radical right-wing youth in crime, a view promoted by the left, observing that the right “does not by a long shot play the role that is attributed to it.”

The problem with migrant crime, according to Hiesig, is that many migrants came to Germany with no intention of integrating. The city district Berlin-Neukolln, for example, which has the highest foreigner population in Germany that includes many Muslims, has a “large criminal problem.”

“There are, moreover, in Germany migrants who never intended to adjust, but always to live in a parallel, in some cases, in a purely criminally arranged structure and, from my point of view, intend largely to continue so,” Hiesig wrote.

Migrants are so violent, Hiesig writes, that it is very dangerous for authorities to take a child from the family of one of Berlin’s many Arab criminal clans.

“One cannot forcibly take a child away from an Arab criminal clan,” Hiesig writes. “They will shoot you.”

A major factor for migrant youth crime, Hiesig note, is the failure to get a school graduation diploma. Seventy percent of migrant youth don’t graduate due to absenteeism, criminal lifestyles and alcohol and drug consumption. Drug and alcohol consumption are also often factors in migrant crime.

Other factors include migrant youths coming from homes where the boys are extremely spoiled by their mothers and boundaries are never set for them. Parents also fail in their supervisory duty, allowing the boys to hang around in the streets until all hours of the night where they fall under the influence of older, criminal youth gang members, thus spoiling their chances for a decent future.

“There are youth gangs who make more and more monsters out of children,” wrote Udo Ulfkotte in his 2009 book Vorsicht Burgerkrieg! (Watch Out: Civil War!). “These multicultural primates then go like unleashed fighting machines on their environment.”

Migrant youth also learn in their homes that violence is acceptable. According to Hiesig, they are subjected to domestic violence much more than German youths. And parents also convey to their children to respect only those who show “toughness.”

Hieisg, who led a very courageous life, was noted for handing out tough sentences to migrant criminal youths, many of them repeat criminals convicted of serious crimes, when other judges were coddling them. Hence the title of her book, The End of Patience. She had personally run out of patience with migrant youth criminals.

This may have been the cause of her death as she was found hanging from a tree in a Berlin forest. The police ruled it very quickly a suicide, but none of her legal colleagues believed it. They suspect one of Berlin’s Arab or Turkish criminal clans may have killed her in retaliation for the tough sentences she was giving to their younger members.

But it also isn’t just ordinary Germans who are victims of migrant violence. Police have become a favorite target for migrant assaults. Ulfkotte has noted this trend.

‘Police are attacked,” he wrote. “Everywhere in Europe we have gotten used to it. Respect for the police seems to be an antique relic of a greying generation.”

German children also fear and are deeply affected by migrant violence though they don’t often figure into the crime statistics.

“According to the victim protection organization ‘White Ring,’” Ulfkotte writes, “every third German elementary school child goes to school with fear of mobbing, beatings, robbery extortion. And those who beat, rob and extort are often children of migrants.”

And while every school child should love recess, not so in Germany. Again, according to Ulfkotte, “every third pupil fears going to the schoolyard for recess” because of violence from mainly migrant children.

“They don’t trust themselves to criticize violent migrants because they fear being called radical right-wingers,” she stated.

Hiesig does not see things as improving for the native German population.

“There is found in certain social hot spots a hostile, anti-society and increasingly anti-semitic way of thought that, in consideration of the long-term demographic development in Germany, can get out of hand against the non-migrant population,” she wrote.

She names as an example a trial involving Turkish and Kurdish youths who told young German women in a bus that “One can only gas Germans.” The shock, Hiesig states, was “tangible.”

Uflkotte is also pessimistic about Germany’s future because there is an “elevator effect” in his country.

“But in a multicultural society it unfortunately does not travel upwards but constantly downwards,” he writes.

And as far as migrant crime against Germans is concerned, Ulfkotte says it is better to look away.

“We have accustomed ourselves to look away: with garbage, broken windows, and with passersby who are being beaten. As a normal citizen, it is better to look away. Otherwise, one can become a victim.”

Stephen Brown is a contributing editor at Frontpagemag.com. He has a graduate degree in Russian and Eastern European history. Email him at [email protected]