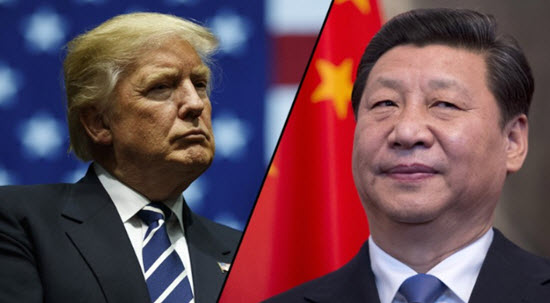 Trump Orders U.S. Companies to Look for Alternatives to China

Trump was responding to news overnight that China was hiking tariffs on U.S. goods. The Chinese move caught the White House by surprise, according to a person familiar with the matter. As late as Thursday evening, U.S. officials were talking up the potential for expected September talks between the U.S. and China to make progress.

….better off without them. The vast amounts of money made and stolen by China from the United States, year after year, for decades, will and must STOP. Our great American companies are hereby ordered to immediately start looking for an alternative to China, including bringing..

….all deliveries of Fentanyl from China (or anywhere else!). Fentanyl kills 100,000 Americans a year. President Xi said this would stop – it didn’t. Our Economy, because of our gains in the last 2 1/2 years, is MUCH larger than that of China. We will keep it that way!

Trump also struck a decidedly different tone about Chinese leader Xi Jinping, whom he normally describes in respectful and friendly terms. In a tweet, he asked “who is our bigger enemy, Jay Powell or Chiarman Xi?”

….My only question is, who is our bigger enemy, Jay Powell or Chairman Xi?

Trump also said China had not lived up to promises to stop fentanyl shipments to the U.S. As a result, he said he was ordering FedEx, Amazon, UPS , and the U.S. Post Office search for and destroy any fentanyl in shipments from China.

The legal basis for Trump’s orders was not immediately clear. Trump said he would make an official announcement about trade with China Friday afternoon. The “order” may be a warning to U.S. companies that tariffs are going much higher, making manufacturing in China for U.S. markets prohibitively expensive.