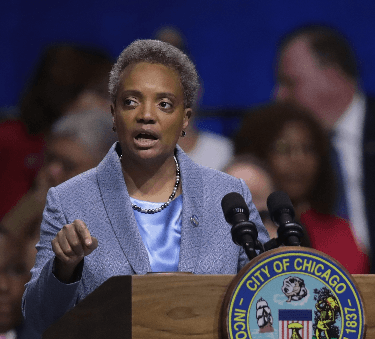 At Least 29 Shot, Six Fatally, over Weekend in Democrat-Controlled Chicago

At least 29 people were shot, six fatally, over the weekend in Democrat-controlled Chicago.

A 17-year-old was shot and killed around 3:30 a.m. Sunday. CBS Chicago identified the deceased male as Dontevon Gates.

Breitbart News reported that at least 28 were shot, five fatally, in Chicago over the weekend of August 16-18.

Breitbart News reported that 48 were shot, nine fatally, during the last weekend of July.