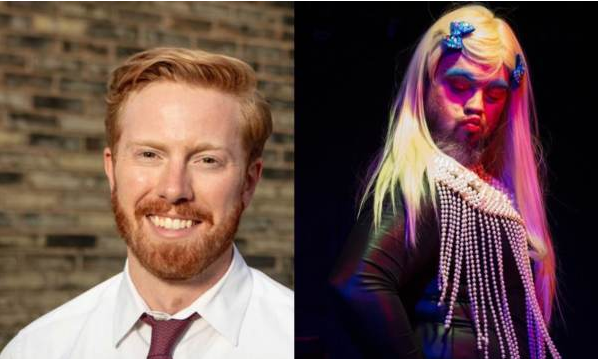 The American Civil Liberties Union (ACLU) has lodged a complaint against the Michigan Republican looking to unseat Rep. Justin Amash, because he declined to host an event for drag queens with Down syndrome.

Congressional hopeful Peter Meijer owns the venue where the group, who call themselves Drag Syndrome, were hoping to appear during an art exhibition. He declined to host them, as he was unsure that they were able to give their “full and informed consent.”

While this may seem like a valid concern to many, the ACLU has inserted itself into the mix by filing a complaint with the Michigan Department of Civil Rights arguing that Meijer was discriminating against the group because of their disability. They also claim that declining the group’s performance was discrimination based on sex due to the nature of their performances.

Speaking to the Gateway Pundit, Meijer said that he finds the situation disappointing. He explained that he had donated the use of space in his building to local nonprofits in order to support the local arts community and groups that did advocacy for people with disabilities.

Meijer said that he believes the Down syndrome drag show could have been “counterproductive to the goal of supporting inclusion and belonging of those with disabilities by feeding into and continuing the history of abuse and exploitation — or at least the perception of that.”

The candidate said that he was surprised by how many of the people he spoke to shared his concerns.

“At the end of the day, the voices that carried the most weight for me were those who have minor and adult children with Down syndrome and local disability activists,” Meijer said.

“If they would have said, ‘listen, we see a lot of value in this even though it may be controversial, and we think it furthers the goal of belonging and inclusion,’ I would have reevaluated my initial gut reaction, but they shared it,” Meijer said. “Those are the voices that matter to me, the individuals who are closest to this issue and understand the challenges these individuals with disabilities face.”

In an attempt to handle the issue quietly and privately, Meijer wrote a letter to the organization explaining his reason for not wanting to host the show.

“The involvement of individuals whose ability to act of their own volition is unclear raises serious ethical concerns that I cannot reconcile,” Meijer wrote in a letter to DisArt.

DisArt, instead of handling the situation professionally and quietly, leaked the letter to the media. Their quest for media attention and controversy appears to have worked, as Meijer said that “now, all I’ve been talking about for two weeks is Down syndrome drag shows.”

Fair to say I didn’t expect Down syndrome Drag shows to be a defining issue of my congressional campaign… Come what may, I won’t apologize for doing what’s right. https://t.co/EMtXM9hV7E

The group maintains that the members of Drag Syndrome are “consenting adults.”

“Artists who are participating in this show are professional performers, all of whom have careers in the arts,” said a news release by the nonprofit, obtained by the New York Times. “As consenting adults, they have paved their own way into this career, a process that has not been easy, but nonetheless successful.”

Dr. Gina Loudon, a member of the Trump campaign’s 2020 media advisory board, is also the adoptive mother of a sweet young boy with Down syndrome. She largely agreed with Meijer’s decision and was outraged that the ACLU is not seeking to protect the most vulnerable members of society.

“How do we know that these people are not being exploited? With my own son, I mean, I dress him every day and if I put him in drag he would probably go along with that. He is always excited about everything,” Loudon said. “As far as the ACLU, if they were going to take a side in this you would think that they would side with the vulnerable population, which is people with Down syndrome.”

“We don’t let kids sign contracts because they are not mature enough and are vulnerable to exploitation. Very few adults with Down syndrome reach an intellectual level where they would not be at risk of being exploited. What would the ACLU do if the same troupe was performing with AR-15s at an NRA convention?” Dr. Loudon asked.

Dr. Loudon added that “obviously the ACLU has tarnished their reputation so badly by being operatives for the extreme left, that I don’t even expect sincere defense of civil liberties from them anymore. They are a partisan propaganda machine.

“Obviously it’s not an easy life to be a drag queen, and how necessary is it for a person with Down syndrome to express their sexuality when by and large many of them don’t ever have sex or sexuality? It’s disturbing to me that an organization like the ACLU is not defending these vulnerable people who should not be put in these socially and sexually confusing situations.”

Dr. Loudon became emotional as she said that as the mother of a minority child with Down syndrome, her heart is dedicated to protecting his integrity at every turn, “and it is not an easy job.” She explained that her son is very bright and has a way of teaching others a much more beautiful, kinder, and content view of the world. He’s funny, he’s traveled Europe, he loves his cat, Maga, and his family, but doesn’t have the critical thinking skills to make decisions about certain situations — which is why it is so important that people are understanding and protective.

The arguments about the ethics of this performance are very reminiscent of those that were made in the 1980s and 1990s when “dwarf tossing” became a fad. People, usually at bars, would pay money to be able to throw a little person — with their consent — at an inflatable velcro wall. Those who could throw the person the farthest would win.

In 1989, members of the Little People of America organization successfully argued that the practice should be illegal in Florida, and New York later followed suit. However, in 2001, an entertainer named Dave Flood who used the pseudonym “Dave the Dwarf” filed a lawsuit to overturn it. The arguments about dwarf tossing have continued to this day, as legislation was introduced in January to ban the practice in Washington state.

Advocates of the practice argue that people with dwarfism have a right to decide what to do with their own bodies. Those on the other side of the debate insist that the practice is exploitative and note that persons with dwarfism are particularly susceptible to spine and neck injuries, making the demeaning activity extremely dangerous.