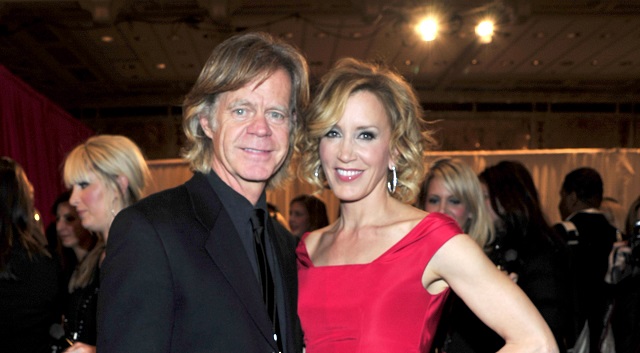 Imagine if the Department of Justice went after the Russiagate/Epstein conspirators just half as hard as they’re going after the families who bought their kids’ way into college.

Wealthy parents busted for their role in the nation’s largest college admissions scandal in US history must go to prison – even if it’s only for a few months, according to the Justice Department. The agency rejected proposals for ‘alternative punishments’ filed a week before the first sentencing.

Prosecutors asked US District Judge Indira Talwani to throw Desperate Housewives star Felicity Huffman behind bars for one month and order her to pay a $20,000 fine for hiring the scam’s ringleader to boost the SAT score of her daughter, according to Bloomberg. Huffman will stand in front of the judge on Friday.

Home confinement for the parents “would be a penological joke conjuring images of defendants padding around impressive homes,” and community service is “too easily co-opted for its ‘PR’ value,” according to the sentencing recommendations from the U.S. attorney’s office in Massachusetts.

“For wrongdoing that is predicated on wealth and rationalized by a sense of privilege, incarceration is the only leveler: in prison everyone is treated the same, dressed the same, and intermingled regardless of affluence, position or fame,” prosecutors told the court in the memo. –Bloomberg

According to former New York federal prosecutor Brad Simon, federal prosecutors “got what they want,” adding “They got an early guilty plea from a high-profile celebrity, and now they’re going to claim a big victory if she gets a sentence of one month in jail or less.” Prosecutors said Huffman’s conduct was “deliberate and manifestly criminal” when she paid corrupt college counselor William “Rick” Singer to help her daughter.

None of the Russiagate conspirators faced any jail time nor have any of Epstein’s co-conspirators, yet we hear nothing from the DOJ about that being “a penological joke.”