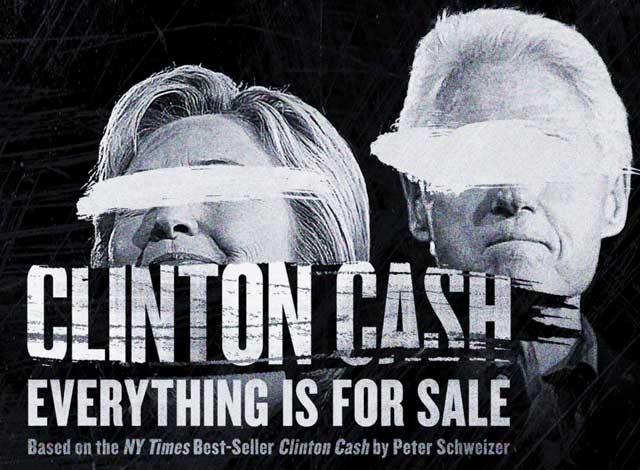 A new report states that the Democratic Party, supported by the Bill Clinton White House, launched an effort prior to the 1996 election to inundate radio talk shows with thousands of callers who posed as ordinary listeners but in reality were operatives who pushed the Democrats’ talking points.

The Washington Free Beacon’s Yuichrio Kakutani, in a comprehensive report, notes that evidence of the Democrats’ secret plan, titled the Talk Radio Initiative (TRI), was gleaned from documents from the Clinton Presidential Library. The plan was triggered by the overwhelming victory the GOP won in the 1994 congressional elections, gaining control of the House of Representatives for the first time since 1954. An internal report by the Democratic National Committee stated of the plans for TRI, “Democrats have largely ignored talk radio, and only since the last election, have we paid attention to how we can win back the airwaves and the discussion. We have now put our frustration into action.”

Michigan Democrats created a TRI guide which stated, “Volunteers must be able to keep the project confidential so as not to create the image of a ‘Democratic conspiracy’ to infiltrate Detroit area talk radio shows. Democratic performance in the 1996 elections will no doubt be affected by the success or failure of this initiative … If you are afraid that producers are beginning to recognize your name and are weary of allowing you on the air, use an alias. For example, be Carol today, Sue tomorrow, and Debbie on Friday!”

More instructions for TRI operatives included, “Sound dumb. Even though you may have indicated a difference of opinion with the host, appear to present an opportunity for him to demolish you with his ‘superior’ intelligence.”

Radio host Lars Larson recalled to the Beacon, “You would get calls, an hour apart, from different people with different voices and different names, but they would talk the same lines. So close that you knew that this was not a coincidence. It was the same language on the same subject and the same arguments … They seemed to come in waves. You would start getting seminar calls on Monday and Tuesday and you say ‘we are going to start getting these all week long,’ as though someone has just put out the word that this is a point that needs to be pushed.”

Kakutani notes, “The materials revealed that Democrats systematically trained more than 4,000 operatives in at least 23 states to lie about their identities, deflect difficult questions from hosts, and plant pro-Democrat messages on the radio waves.”

Evidence of the Clinton White House’s involvement: TRI Director Jon-Christopher Bua allegedly wrote a memo to White House Deputy Chief of Staff Harold Ickes in April 1996 which stated, “My office is now coordinating closely with talk radio shops in the White House, Federal Departments and Agencies, the House, the Senate, and [the] ones I have helped set up in the State Parties.” Ickes reportedly sent the memo to President Bill Clinton, Vice President Al Gore, and Chief of Staff Leon Panetta, among others.

Rush Limbaugh, who was the giant of radio show hosts and the arch-foe of the Clintons, commented on Tuesday about the evidence of the initiative the Democrats had launched. He recalled: