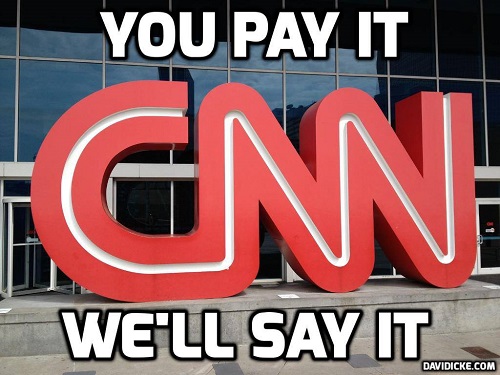 Americans Who Can’t Agree on Anything Agree Our Media Sucks

We Americans are a fractious bunch, so much so that it’s nearly impossible to get as many as half of us to agree on who should be president. Most elections, you can’t get half of us to agree that we should just show up and vote. We demand a bare minimum of 31 flavors from our ice cream shops, and the endlessly proliferating frozen yogurt places are evidence that we can’t even agree to have ice cream. If 57 channels seemed like a lot when Bruce Springsteen was singing about them almost 30 years ago, that number seems quaint given what you can find to watch tonight just on Netflix. If you want to start a serious argument with your fellow Americans, you can do so on Twitter by saying nothing more offensive than “I like pie.”

Just to hammer my point home a little harder, Jeep offers 11 different trim levels — Laredo, Upland, Altitude, Limited, Limited X, Trailhawk, Overland, High Altitude, Summit, SRT, and Trackhawk — for the Grand Cherokee alone, each with seemingly unlimited options. What do all those trim names mean? I don’t know, but surely there’s something for almost anyone. And I wouldn’t be at all surprised if the Upland buyers and the Overland buyers got into fistfights over which trim was truly superior. Start chanting “Up not Over! Up not Over!” and maybe get a riot going.

(Yes, I’ve been car-shopping. How could you tell?)

Next time you’re at the grocery store, try counting the number of deodorants there are to choose from (sorry, Bernie!), and see which happens first: You add up the total, or you grow a ZZ Top beard. Now go down the aisle a little ways and try totaling up your shaving options. Hurry it up, please — I haven’t got all day.

Let’s not even get started on the number of faiths and denominations Americans have to choose from, because I’m trying to keep this column light and friendly.

All this choice, all these options — they’re a good thing, especially for 320 million people who can’t agree on much of anything.

And yet according to new research, there is one issue upon which virtually every American can and does agree: Our news media sucks.

The Wrap reports today on a new poll from Bospar, revealing that an incredible 95 percent of Americans are “troubled by the current state of media.” Americans being Americans, we can’t quite agree on which sucky part of our sucky mainstream media sucks the most. Fifty-three percent say the problem is “reports on fake news,” and we could probably disagree on what that means. Does it mean that fake news reports are the worst, or that reports on fake news are fake? Maybe we should just agree to disagree, if that. Another 49 percent think that “reporting gossip” is the big no-no, yet 48 percent cited “lying spokespeople.” I assume “spokespeople” refers to the PR flacks who go on the news shows, rather than the news reporters themselves. And if you disagree, you’re the Worst. Person. Ever.