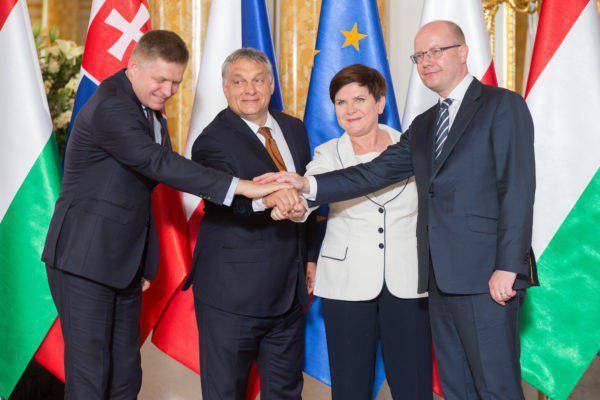 Procreate or face extinction: that is the message from central European leaders to their shrinking populations, as across the region rightwing governments implement so-called “family first” policies to incentivise childbearing.

Hungary’s government is holding an international summit on demography in Budapest this week, being attended by several regional leaders and delegations from dozens of countries in an attempt to trumpet their investment in family policies.

The country’s nativist prime minister, Viktor Orbán, said it was conceivable that Hungary, with a population of just under 10 million that is shrinking due to low birthrates and emigration of Hungarians to EU states further west, could simply disappear.

“It’s not hard to imagine that there would be one single last man who has to turn the lights out,” he said at the opening of the conference on Thursday.

Orbán, who has based his political campaigns in recent years on anti-refugee and anti-migration sentiment, said other European politicians saw immigration as the solution, but he firmly rejected this, tapping into the far-right “great replacement” theory.

“If Europe is not going to be populated by Europeans in the future and we take this as given, then we are speaking about an exchange of populations, to replace the population of Europeans with others,” said Orbán. “There are political forces in Europe who want a replacement of population for ideological or other reasons.”

Orbán’s words were backed up by one of the guests of honour at the summit, the former Australian prime minister Tony Abbott, who saluted the Hungarian leader for having “the political courage to defy political correctness”.

Abbott said dying populations, not climate change, were the biggest threat to western civilisation, and lashed out at Prince Harry and Meghan Markle for recent remarks that they would not have more than two children due to the effects on the environment. “Having fewer children in western countries will hardly make the climate better when so many children are being born elsewhere,” said Abbott.

A fear of rising populations in other parts of the world was the dominant theme during the opening morning of the Budapest summit, despite the presence of delegations from many developing countries. The tone was set by an artistic performance that opened the forum, portraying hordes of people from the south and east advancing on Europe.

“Europe has become the continent of the empty crib whereas in Asia and Africa they face demographic challenges of the opposite type,” said Katalin Novák, Hungary’s minister of state for family, youth and international affairs.

The two-day summit was also attended by Czech prime minister, Andrej Babiš, and Serbia’s president, Aleksandar Vučić, who both said boosting birthrates was a priority for the long-term development of their countries. Vučić said his country was losing the equivalent of the population of a medium-sized town each year. “Serbian people have one expression for negative population growth: the white plague,” he said.

Novák, in previous written responses to questions from the Guardian, said the Hungarian government doubled family spending between 2010 and 2019, with the goal of achieving “a lasting turn in demographic processes by 2030”. Fertility rates have gone up from 1.2 to 1.5 children per woman, according to government figures. This is still far from the 2.1 figure the UN says is the number required for a sustainable population.

Governments across central Europe have introduced financial incentives for having children, with Poland introducing the 500+ scheme, which pays parents 500 złoty (£103) a month per child from the second child onwards. The Polish scheme was extended in July this year to cover every child, including the first one, without any income threshold

Babiš said the Czech Republic also wanted to encourage big families. “It is the third child which is of key importance … We do not wish to bribe anyone to have a third child, but we must provide support primarily to families who voluntarily undertake the third child,” he said.

This year the Hungarian government introduced a 10m forint (£27,000) interest-free loan for families, which does not have to be paid back if the couple has three children.

Novák denied that this could put pressure on women to have children: “Contrary to the unjustified and politically motivated accusations, we do not want to force anyone to have children … It’s shocking that we are constantly attacked for trying to support families by all means available.”