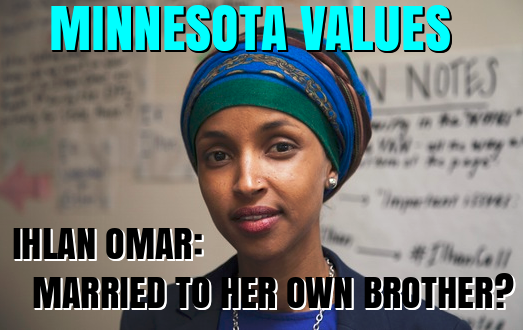 New Evidence Emerges That Rep. Ilhan Omar Married Her Brother and is Using a Fake Name

New evidence has emerged that Rep. Ilhan Omar did indeed marry her brother, and that her real name may actually be Ilhan Nur Said. 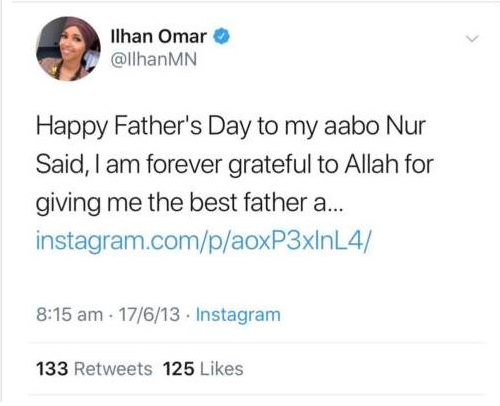 This means her real name is Ilhan Nur Said

Some examples for Non-Muslims/Those not from Middle East & North Africa:

As the Gateway Pundit previously reported, in 2017, Rep. Omar swore under penalty of perjury while divorcing her husband (brother?) that she hadn’t seen Ahmed N. Elmi since 2011 and didn’t know anyone who could help her contact him.

Rep. Omar, who clearly has no respect for marriage, is currently going through a divorce from the father of her three children, Ahmed Hirsi, after she was caught cheating on her husband with her political consultant — who was also married. The consultant, Tim Mynett, was hanging out with Ilhan Omar in public with his 13-year-old son before he told his wife of the affair.

An extensive report by David Steinberg in July revealed that in 1995, Ilhan entered the United States as a fraudulent member of the “Omar” family.

“That is not her family. The Omar family is a second, unrelated family which was being granted asylum by the United States. The Omars allowed Ilhan, her genetic sister Sahra, and her genetic father Nur Said to use false names to apply for asylum as members of the Omar family,” the report explained. “Ilhan’s genetic family split up at this time. The above three received asylum in the United States, while Ilhan’s three other siblings — using their real names — managed to get asylum in the United Kingdom.”

As the Gateway Pundit previously reported, Omar’s father, Nur Omar Mohamed (aka Nur Said Elmi Mohamed), is connected to the former genocidal dictator in Somalia, Said Barre. Nur and other former Barre accomplices are living in the US illegally.