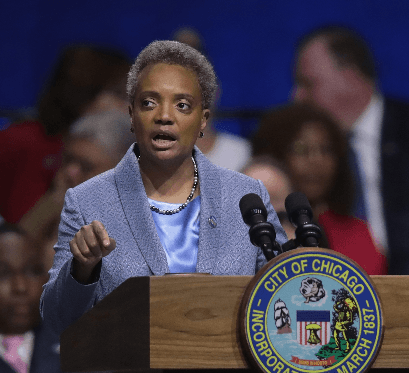 At least 25 people were shot, five fatally, over the weekend in Democrat-controlled Chicago.

Before Sunday was over, NBC Chicago reported that 25 people had already been shot, three of them fatally.

They reported the first non-fatal shooting of the weekend occurred just after 2 p.m. Friday “in the 2400 block of West 73rd Street.” A suspect walked up to a 29-year-old man and opened fire, striking him in the ankle.

Others were shot while sitting in cars, standing in alleys, or simply walking on sidewalks.

By the end of the day Sunday the number of weekend fatalities had grown from three to five, according to the Chicago Sun-Times.

The last two fatalities of the weekend occurred about 8:25 p.m. and 11:47 p.m. Sunday. The first of the two involved a 54-year-old man in West Pullman who was struck in the head by gunfire. Police were not able to pinpoint the direction from which the bullets came.

Andrade was sitting in a car with a female about 11:47 p.m. when a suspect approached. There was an “altercation” between Andrade and the suspect, and Andrade was shot three times.

At least 25 people were shot, seven fatally, the weekend of September 13-15, 2019, in Democrat-controlled Chicago.

At least 34 were shot, six fatally, the weekend of September 6-8, 2019, and at least 41 were shot, seven fatally, during Labor Day weekend in Chicago.

Fifty-three were shot, with seven killed, during the first weekend in August in Democrat-run Chicago.