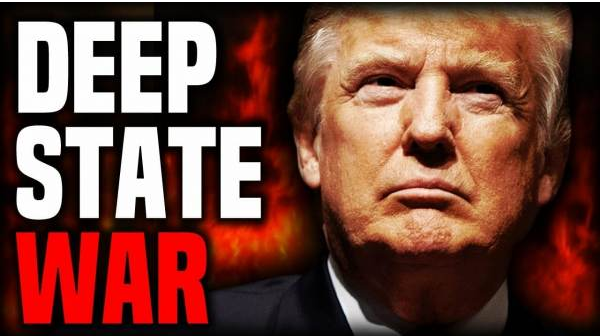 President Trump on Monday morning demanded to know who at the ODNI [Office of Director of National Intelligence] changed the whistleblower rules shortly before the Deep State CIA spy filed a complaint using second-hand information.

“WHO CHANGED THE LONG STANDING WHISTLEBLOWER RULES JUST BEFORE SUBMITTAL OF THE FAKE WHISTLEBLOWER REPORT? DRAIN THE SWAMP!” Trump tweeted in all caps Monday morning.

The whistleblower form was changed within the last year shortly before the CIA officer filed a complaint against President Trump in August using second-hand gossip and fake news media reports as his ‘sources.’

The Deep State Intelligence Community secretly gutted the whistleblower form and now allows the complaint to be filed with second-hand knowledge — previously, whistleblowers were required to be eyewitnesses or to have first-hand, direct knowledge of alleged misconduct.

Rumors are swirling that the Deep State whistleblower is a John Brennan protégé who was planted inside of the White House to spy on President Trump and thwart the Spygate investigation.

Former CIA Director John Brennan on Saturday called on an unlimited number of spies embedded in the Deep State to use the new whistleblower form to report President Trump following a hit from an anonymous CIA officer who snitched on Trump’s call with Ukrainian President Volodymyr Zelensky.

And Brennan had a very close ally at the ODNI…