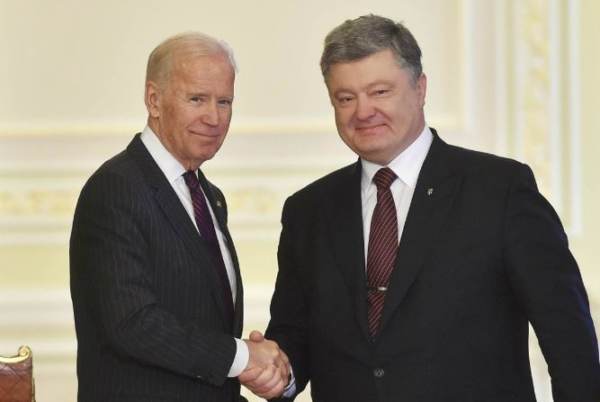 A Ukrainian source has revealed that former Vice President Joe Biden was furious about an article in Politico  that revealed election interference and collusion between the government of Ukraine and the Democratic National Committee.

Biden let out his anger with Ukrainian President Petro Poroshenko on his January 15th, 2017 trip to Kiev, Ukraine, reportedly telling the foreign leader, “You fucked up! What we were working on all leaked to the press!”

This new disclosure indicates that Biden had a much more significant role in the 2016 election interference by Democrats close to Hillary Clinton than has been previously revealed.

After Biden’s outburst, Poroshenko then called in a former Ukrainian official who he believed to be a whistleblower and threatened him. The Ukrainian whistleblower was later forced to flee Ukraine, fearing for his safety.

A Kyiv Post article from January 2017 confirmed that Biden was in Ukraine shortly after the Politico article’s release and met with Poroshenko.

The Politico article Ukrainian efforts to sabotage Trump backfire detailed how a longtime DNC operative named Alexandra Chalupa worked directly with the Ukrainian embassy to attempt to get dirt on then-candidate Trump in an attempt to tie him to Russia.

One of the most chilling parts of that article revealed that Chalupa had told Ukrainian officials that the Democrats planned hearings prior to the election attempting to tie Trump to Russia, months before the alleged “DNC hack” was revealed, and months before Glenn Simpson claimed he hired Christoper Steele to write the now-disgraced “Steele Dossier.”