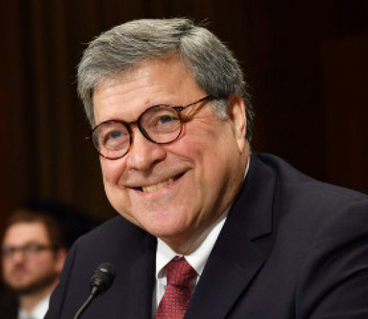 The news outlet acknowledged the U.S. Department of Justice (DOJ) would not say whether the investigation has morphed into a criminal probe.

NBC News, however, reported “Justice Department officials have said [U.S. Attorney John] Durham has found something significant and critics should be careful.”

The news outlet did not elaborate on the findings.

Referring to the expansion of the review into the origins of the Russian probe, NBC News reported, citing multiple current and former officials:

Durham has also requested to talk to CIA analysts involved in the intelligence assessment of Russia’s activities, prompting some of them to hire lawyers, according to three former CIA officials familiar with the matter. And there is tension between the CIA and the Justice Department over what classified documents Durham can examine, two people familiar with the matter said.

With Barr’s approval, Durham has expanded his staff and the timeframe under scrutiny, according to a law enforcement official directly familiar with the matter. And he is now looking into conduct past Donald Trump’s inauguration in January 2017, a Trump administration official said.

An unnamed DOJ spokeswoman reportedly said Ukraine is on a list of countries the department is examining for contributing to the Russian probe.