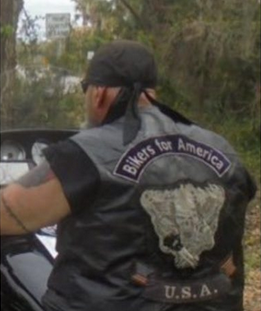 Facebook has unpublished the “Bikers for America” page, citing alleged scam concerns as an excuse to remove the popular patriotic page from their social media platform.

They are considering legal action as well as planning a rally in favor of free speech against Big Tech monopoly platforms at war with the 1st Amendment.

We can organize a rally but it doesn’t necessarily have to be all bikers! Patriots for free speech! And hit all of them FB, T and google! These tech people think that America is stupid and we will roll over and play dead! A show of solidarity bring attention!

Sens. Josh Hawley (R-MO), Kevin Cramer (R-ND), Ted Cruz (R-TX) and Sen. Mike Braun issued a scathing letter to Facebook on Wednesday, calling them out for their anti-Christian censorship against the pro-life activists at LiveAction.

“Your company, like Twitter, Google, Pinterest and so many of the other major social media firms in Silicon Valley, has repeatedly been presented with evidence of bias against those with conservative viewpoints, especially on the issue of abortion,” states the letter, which is addressed to Facebook CEO Mark Zuckerberg.

The Senators and the primary victim of Facebook’s censorship campaign, Live Action President Lila Rose, demanded that the social media provider reverse their arbitrary distinction of “fake news” and issue an apology.

“The platform should be a place for the free exchange of ideas, not one where only pro-abortion arguments are allowed. Live Action has asked Facebook to rectify this situation by rescinding their fact-check, sending a new notification to all users about the change, and apologizing, as well as reforming their “fact-check” process,” Rose wrote…

Previously, LiveAction received a demerit from the Big Tech monopoly platform despite the fact that they accurately reported on the Dublin Declaration, a document signed by over 1,000 OB-GYNs, doctors and other healthcare experts proclaiming that abortion is never a medically necessary procedure.