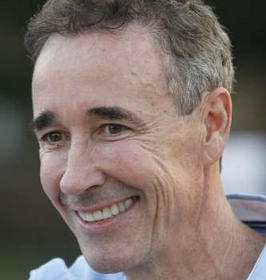 In 2014, Joe Morrissey, then a 57-year-old delegate to the Virginia General Assembly, plead guilty to a misdemeanor count of contributing to the delinquency of a minor and was sentenced to 12 months in jail (with six months suspended) because of a sexual relationship with a 17-year-old office assistant at his law firm.

On Tuesday, he won his election to the Virginia Senate. I’ll give you one guess what his political affiliation is.

That’s right, he’s a Democrat. And he won his election with more than 60 percent of the vote.

Senate District 16 is a solid blue district. Morrissey defeated the incumbent Democrat in the primary in June. He eventually married the girl and they now have three children, but in 2016, Morrissey was also accused of exposing himself to a female client and pressuring her to have sex, though charges were never filed. He was running for mayor of Richmond at the time, and ultimately lost that election.

Not only did Democrats regain control of Virginia’s General Assembly on Tuesday, but they also have a Democrat governor who wore either blackface or a KKK costume while in medical school, and a Democrat lieutenant governor who has been accused multiple times of sexual assault.

Actor Rob Schneider says that California voters will elect a pile of excrement as long as it has a “D” next to its name. Well, clearly, so will Virginia.

Matt Margolis is the author of Trumping Obama: How President Trump Saved Us From Barack Obama’s Legacy and the bestselling book The Worst President in History: The Legacy of Barack Obama. You can follow Matt on Twitter @MattMargolis