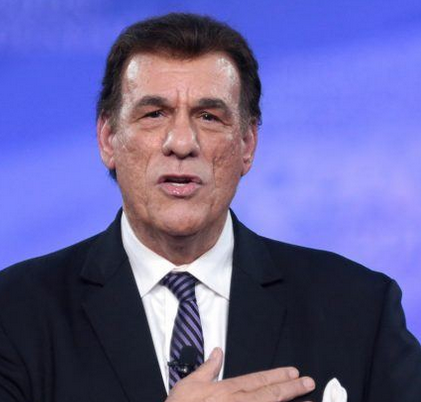 Pro-Trump Actor Robert Davi Accuses Dems of Sedition: ‘I Spit’ on Them, He Says

As public hearings on impeachment are set to start on Wednesday, this entertainer speaks out

Scores of Americans are fed up with the do-nothing Congress — and specifically, the Democrats who aren’t just doing “nothing.”

Some Democrats are actually working hard to endanger each and every one of us, in my view.

The country is literally at war with drug cartels.

And it’s not just some “underground” war, either.

The Federalist reported last month that “in the city of Culiacan, the capital of Sinaloa state, a battle erupted between government forces and drug cartel gunmen after the Mexican military captured two sons of jailed drug kingpin Joaquin ‘El Chapo’ Guzman.”

“The elder son, Ivan, was quickly freed by his men, who overpowered government forces and secured his release. Ivan then launched an all-out siege of the entire city in an effort to free his younger brother, Ovidio,” the same outlet noted.

“Armed with military-grade weapons and driving custom-built armored vehicles, cartel henchmen targeted security forces throughout Culiacan, launching more than one dozen separate attacks on Mexican security forces. They captured and held hostage eight soldiers, then kidnapped their families. Amid the fighting, an unknown number of inmates escaped from a nearby prison. At least eight people were killed and more than a dozen were injured.”

And now we’ve had the latest grisly news, in which nine Americans were brutally murdered by the cartel and burned to death.

Meanwhile, Democrats are still refusing to fund a border wall.

They don’t seem to want to focus on securing our border and keeping us safe even as violent turmoil spins out of control right on our border.