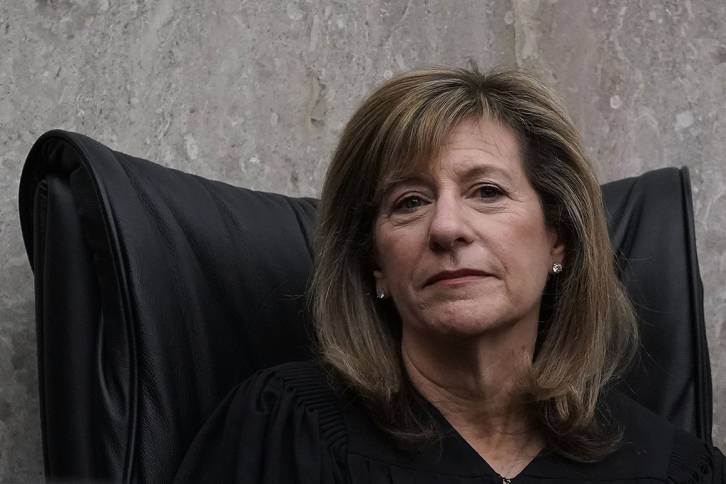 A jury of 9 women and 3 men recently convicted Roger Stone on all counts related to the Robert Mueller probe. The trial has revealed to millions the vast institutional corruption at the heart of the American legal system.

The judge who has overseen almost all of the civil and criminal cases related to Trump-world, Amy Berman Jackson, was once described by her son as “white, liberal and Jewish.”

Berman Jackson was highly criticized when during Manafort’s lobbying violation and unreported income trial, she decided to grant fellow Jewish prosecutor Andrew Weissman’s wish to revoke his $10 million dollar bail and torture him in solitary confinement until the case’s conclusion, a decision that is almost unprecedented for white collar crime cases.

While the use of solitary confinement is strictly regulated on a local level, federal prosecutors overstep their boundaries and use this tactic liberally whenever they need a quick and clean plea in witch hunts they don’t want scrutinized, as seen with Maria Butina.

Butina, a claustrophobic, pled guilty to false charges of being a Russian spy after being stuffed in a 7×10 segregated housing unit. Ultimately, Manafort held out, but his appeals were dismissed and he received a harsh 7 1/2 year sentence for crimes seldom prosecuted in DC, like tax evasion and not properly filling out a Foreign Agents Registration Act form. This was topped off with a Judge Judy style moralizing lecture from Berman Jackson, attacking Manafort for continuing to insist on his innocence.

During the summer, the same judge dropped the charge of an identical FARA form offense against a former Obama administration official.

Manafort attempted to fight back by filing a civil lawsuit against Rod Rosenstein and the Department of Justice for violating state regulations in the appointment of Mueller.

Berman Jackson once again got this case before her, and while she did previously admit that Manafort was technically correct in his complaint during his criminal proceedings, she ruled that federal defendants should not have the right to challenge the DoJ when it violates its own rules in prosecuting them!

With Stone, Berman Jackson immediately showed her true colors by issuing a flagrantly unconstitutional gag order by asserting that he was “tainting the jury pool” by defending himself from Jewish media claims that were actually tainting the jury. The elderly Stone was famously arrested in a military-style FBI raid on his retirement home in Florida that was broadcast live on CNN.

Two months ago, the judge tossed a lawsuit by the Center for Immigration Studies against the Southern Poverty Law Center.

Berman Jackson recently greenlit an ACLU lawsuit against the MPD for arresting anarchists who beat people and burned the nation’s capital during Trump’s inauguration.

The curious pattern in cases Berman Jackson receives suggests a conspiracy in the court system to rig the machine like a claw game.

Judge Norman Moon has played a similar role in the persecution of nationalists who attended Charlottesville.

Moon is the ringleader in the Sines v. Kessler circus, which is using a law from 1871 to implicate Richard Spencer, Based Stickman, and numerous other random people in a conspiracy to terrorize and murder Jews during a legally permitted rally in Charlottesville. Roberta Kaplan, the lead attorney, has publicly admitted that her goal is to discourage legal speech and assembly she personally disagrees with.

In March, Moon pushed through a defamation lawsuit against Alex Jones, InfoWars and the Gateway Pundit by a former intelligence operative turned left-wing activist after Jones publicly speculated whether he was involved in fomenting the chaos at the August 12, 2017 rally.

Last September, Moon denied bond to members of the Rise Above Movement as they await their appeals. Moon’s counterpart, Judge Carmac J. Carney, dismissed the same rioting charges against the group in California as unconstitutional, but Moon has continued to behave as if this never happened.

Moon has also shut down a lawsuit by a leftist against the Charlottesville police alleging that they had been ordered to stay back and watch as violence erupted – a notion fully supported by former prosecutor Timothy Heaphy’s investigation into the chaos at Unite the Right. Moon dismissed the case claiming that the police had “qualified immunity” and no expectation to do their job when crimes are being committed in front of them!

This judge is currently overseeing the case of Daniel McMahon of Florida, who was extradited to Charlottesville, denied bond and is being tormented in solitary confinement for the crime of “cyberstalking” left-wing activist Don Gathers.

Most of these cases, while related to the same event, have little to no overlapping evidence. The consistency in which he gets these cases rule out any randomized lottery.

National Justice has spoken to anonymous sources involved in cases being overseen by Moon who are also convinced something shady is going on.

Like Berman Jackson, Clinton-appointed Moon’s rulings show he has a political agenda.

With that said, these judges can be exposed by making excellent legal arguments. While Moon dragged his feet in shooting down most of Mike Enoch’s filings, he released him from the Sines v. Kessler case due to how bad it looked on paper.

Raising consciousness about the illegitimacy of our institutions in post-legal America can go a long way in making our elites regret their abuses when the pendulum swings back in our favor.