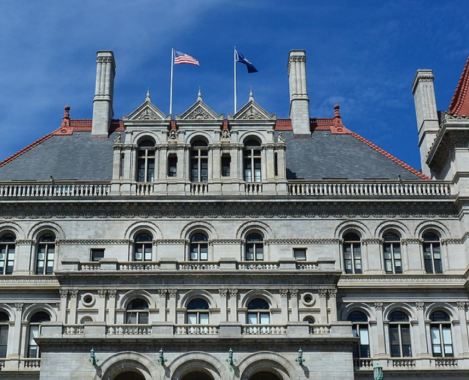 Being discerning — being discriminating — in who can fulfill religious obligations in religious workplaces such as churches, schools, and care centers is vital to the way they operate. New York’s new laws are wrong and must be overturned.

New York has taken a strong stand against both religious freedom and life causes this year, with three laws that push forward an ethical climate in the state completely incompatible with liberty, true health care, and allowing people to live according to their consciences. These laws push an intrusive agenda, overreaching into every part of people’s lives, including into whether churches can hire and fire people for doctrinal issues.

Each of these on their own is too far, but together they create a situation in New York that alters the fundamental ability of people to live their lives and worship according to their sincerely held beliefs. New York has violated the most basic and simple protections around people’s rights to free association and free exercise of religion.

Each of these three laws builds on each other, strengthening the anti-family, anti-freedom, anti-religion position of the state. The first is the Reproductive Health Act (SB 240), which has radically extended abortion access in the state.

Abortion is now legal in New York through 24 weeks of pregnancy — a gestational age at which babies are born and can survive with NICU care — or until birth if the baby is deemed to have an “absence of fetal viability,” or if the mother’s life is somehow threatened. This law also grants New York citizens the fundamental right to sterilization.

It also struck from penal law the homicide protections for unborn children, so when a pregnant woman is victimized in the worst way and deprived of her life, there is no justice for the murder of her baby. It also removes the ability of a coroner to investigate a death by a suspected “criminal abortion.” Since the passage of this law, there has already been at least one attack on a pregnant woman that led to her death as well as her baby’s, wherein the murderer could not be charged with the baby’s death.

Women matter. Their babies matter. Justice for them when the unthinkable happens should be preserved, not legislated away. New York’s lawmakers should remember Jennifer Irigoyen and her unborn child, and the fact that their law lessened the legal ramifications for the man who murdered them.

Chemical Abortion Is Not Contraception

New York’s second law in this trifecta is the Comprehensive Contraception Coverage Act (SB 659A). Health plans in New York must now fully pay for contraception on behalf of employees, including for medications that can end a pregnancy. All Food and Drug Administration-approved contraceptives, devices, and procedures must be covered at 100 percent, with no cost-sharing.

Gone with this is the ability for religiously motivated plans to take a stand against medications that can harm or destroy an early-stage pregnancy. The law includes no exclusion or opt-out for religious institutions or those that do not want this coverage. New York has decided all plans in the state must cover it and everyone in the state must have this available, whether they want it or not.

Then there’s the final piece of this picture: SB 660. Supporters of this bill named it the “Boss Bill.” This law ends the ability of churches, schools, hospitals, and all other religious businesses to employ only people who share the same beliefs about sexuality, family planning, or abortion.