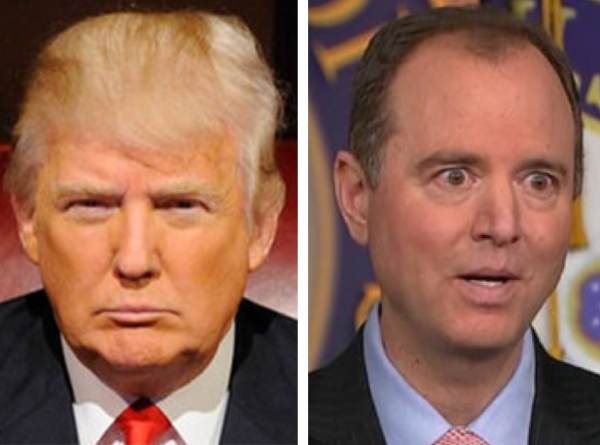 Rep. Adam Schiff, the chairman of the House Intelligence Committee, is rejecting Republican requests for him to testify before the Judiciary Committee, denying that he is a “fact witness” in the Democrats’ controversial impeachment probe.

Below, in no particular order, are four major reasons Schiff is indeed a fact witness despite his protestations to the contrary.  Schiff should be called to testify to explain these significant issues.

In his official request asking Schiff to testify, House Intelligence Committee ranking member Devin Nunes (R-CA) said Schiff must answer questions about any conversations that he or his staff held with the so-called whistleblower.

Nunes wrote that that in August 2019, Schiff and his staff “met with or talked to the whistleblower who raised an issue with President Trump’s phone call with Ukrainian President [Volodymyr] Zelensky.”

“Although you publicly claim nothing inappropriate was discussed, the three committees deserve to hear directly from you the substance and circumstances surrounding any discussions conducted with the whistleblower, and any instructions you issued regarding those discussions,” noted Nunes.

“Given that you have reneged on your public commitment to let the committees interview the whistleblower directly, you are the only individual who can provide clarity as to these conversations,” Nunes wrote.
Schiff and his office have offered seemingly conflicting statements on the timeline of the contact between the so-called whistleblower and the California Congressman’s office.

Speaking on September 17, Schiff told MSNBC, “We have not spoken directly with the whistleblower. We would like to.”

Schiff’s spokesperson, Patrick Boland, was quoted on October 2 saying, “At no point did the committee review or receive the complaint in advance.” Boland said Schiff’s committee received the complaint the night before it publicly released the document.

On Oct 2, however, the New York Times reported that Schiff received some of the contents of the complaint through an unnamed House Intelligence Committee aide initially contacted by the so-called “whistleblower,” described as a CIA officer.

The Times reported the aide “shared some of what the officer conveyed to Mr. Schiff.”  The referenced officer refers to the so-called “whistleblower.”

By the time the whistle-blower filed his complaint, Mr. Schiff and his staff knew at least vaguely what it contained.

Schiff conceded that he was not clear enough about his contact with the so-called “whistleblower.”

“I should have been much more clear,” Schiff said.