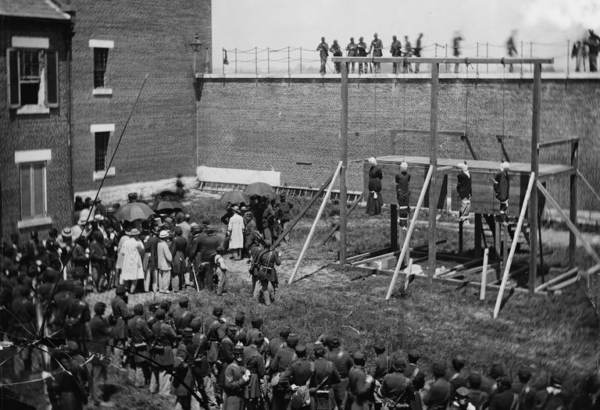 Democrats running the House are planning today to release their bogus report on fake and made up crimes supposedly committed by President Trump that would warrant impeaching President Trump.

President Trump is arguably the best US President since Lincoln, the last great President removed from office by Democrats.

Lincoln was assassinated after holding the country together and freeing Democrat owned slaves during the great Civil War. President Trump is too good for the Democrats. He has an ‘America First’ agenda which the traitorous Democrats and elites despise.

It’s time that we Americans stand and call this what it is. This is another Democrat attempt to remove a President through any means necessary. It is seditious and treasonous. The Democrats in the 1860’s that were in on the Lincoln assassination were killed in their escape or hanged high.

We are entering a new phase when it’s time to hold all seditious and treasonous Democrats who actively act to remove President Trump from office to the same fate!

In April 1865 the young country of the United States of America ended its Civil War. Only days after the war ended Republican President Abraham Lincoln was assassinated. The war started when Southern State Democrats seceded from the Union and started their own country. These Democrats would not recognize the Republican President of the United States.

Four years later, after more American deaths than any war in US history, the war ended. Abraham Lincoln freed the slaves in the South in the process. This did not sit well with Southern Democrats so they connived a coup attempt to overthrow the government and in so doing assassinated President Lincoln.

Several hundred people were arrested by the government after the Lincoln assassination but most were soon released due to lack of evidence. However, the government did charge and eventually hang four people for their actions related to the murder of the Republican President and for their attempt to over throw the government.
full story at https://www.thegatewaypundit.com/2019/12/four-were-hung-in-1865-democrat-coup-involving-lincolns-assassination-none-from-2016-democrat-coup-to-take-out-trump/