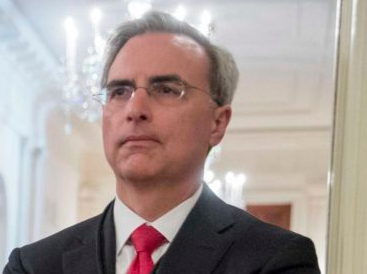 Nadler had given the president and his lawyers until 6:00 p.m. EST to respond to a request to participate in the opening hearing of the Judiciary Committee’ inquiry on Wednesday, focusing on constitutional and legal issues. Democrats had prepared four witnesses, unnamed as of Sunday: three were reportedly in favor of impeachment. Separately, Nadler gave the White House a deadline of Friday, Dec. 6, to participate in the broader inquiry.

In his letter (via Politico), Cipollone said that the Democrats’ process “violates all past historical precedent, basic due process rights, and fundamental fairness.” He accused Democrats of deliberately scheduling the opening hearing during the president’s upcoming trip to the NATO Leaders Summit in London this week.

Cipollone further pointed out that the opening hearing would “include no fact witnesses at all,” and that neither the first nor subsequent hearings were clear about what witnesses would be called, or about what rights the president would be provided. (He reserved the right to respond to Nadler’s broader invitation by the Friday deadline.)

The White House counsel disputed Nadler’s claim to be acting in accordance with precedent set during the impeachment of President Bill Clinton, noting significant departures from procedures followed on that occasion:

Although your letter attempts to invoke precedent from the Clinton impeachment inquiry, you have completely ignored not only the process followed then, but all other historical precedent. For example, when the Judiciary Committee scheduled a similar hearing during the Clinton impeachment process, it allowed those questioning the witnesses two­ and-a-half weeks’ notice to prepare, and it scheduled the hearing on a date suggested by the President’s attorneys. Today, by contrast, you have afforded the President no scheduling input, no meaningful information, and so little time to prepare that you have effeetively denied the Administration a fair opportunity to participate.

Past inquiries … did not authorize one set of committees to conduct two rounds of hearings with witnesses (one round in secret and another in public) while prohibiting the President from any opportunity to participate. Nor did these past inquiries eontinue to deny those rights to the President even in a third round of hearings before yet another committee, the Judiciary Committee. Inother impeachment proceedings, the President’s counsel was not excluded from the hearings that took testimony from fact witnesses, nor was the President denied the right of cross examination during those hearings.

[I]n both of those proceedings,the minority party had co-equal subpoena authority. Here, by contrast, the ranking member of this Committee cannot force a vote on subpoenas that you choose to issue, but you can force committee votes on the ranking member’s subpoenas.

Lastly, what past impeachment proceedings make clear is that the Judiciary Committee must hear and assess evidence for itself.