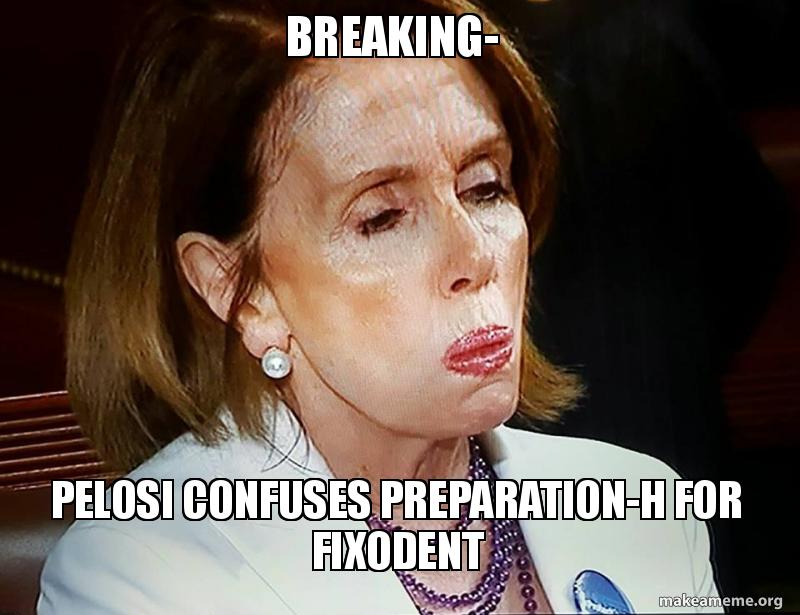 What we have here, although the fake Washington Post will never say so, is Democrats once again playing politics with something as serious as impeaching a duly elected president, something as consequential as overturning a national election.

If you recall, it was only a couple weeks ago that House Speaker Nancy Pelosi (D-CA) was caught falsely accusing Trump of bribery. Not because there is a speck of proof the president is guilty of bribery, but because it polls better for Democrats.

In that same pathetic and un-American vein, here’s the latest way in which Democrat leaders are looking to rig the impeachment process:

House Democrats are debating whether to expand articles of impeachment to include charges beyond abuse of power in the Ukraine controversy, setting up a potential internal clash as the party races to impeach President Trump by Christmastime.

And hidden by the Post, under 20 paragraphs, is the reasoning for this, which has nothing to do with facts of the case:

Some moderates, however, see an advantage to multiple articles, according to three Democratic officials familiar with conversations who spoke on the condition of anonymity to talk freely. A few moderates have actually encouraged leadership to let them vote against some articles of impeachment on the House floor while backing others, a move that would allow centrists taking heat back home to show a degree of independence from their party’s left flank and their leadership.

It also makes clear just how worried a number of House Democrats are about the way in which this is playing out politically in their swing districts.

So is it any wonder the fake newsers at the Post would hide the real story under a thousand words of propaganda?

This is what shady prosecutors do when they don’t have a case, when they don’t believe they can win on the facts… They overcharge the defendant, hoping to win a plea bargain.

This is exactly what these shady Democrats are doing here, only this is a plea bargain with fellow Democrats who are worried about being tied to Pelosi’s hip during the 2020 election. Team Trump has already been airing ads in vulnerable congressional districts blasting Democrats who have accomplished nothing in the House, other than to vote to overturn a presidential election based on wild-eyed conspiracy theories and nonsense.