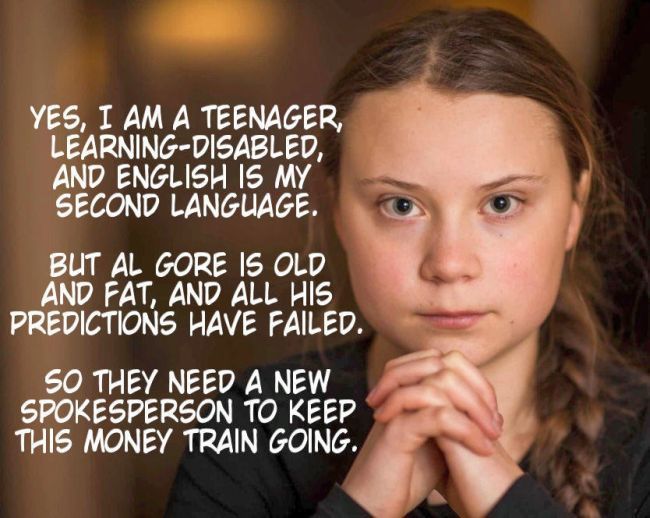 Teenage climate scold Greta Thunberg issued another warning Tuesday to adults who allow global warming to continue, suggesting they fail to grasp the power of the young.

Ms. Thunberg arrived into a Lisbon port around lunchtime and was greeted by city mayor Fernando Medina and a crowd of well-wishers after spending more than two weeks crossing the Atlantic in a 45-foot catamaran to avoid burning fossil fuels.

Together with British navigator Nikki Henderson and an Australian family, Thunberg set sail back to Europe from New York on La Vagabonde catamaran on November 13.

Thunberg said she will spend a few days in Lisbon before heading for Madrid, where the United Nations COP25 climate summit is already underway.

The climate summit will run until December 13, attended by representatives of some 200 signatory nations to the 2015 Paris accord. Thunberg vowed she would make sure that the “voices of future generations” are heard at the conference.

The young Swede rose to celebrity after skipping school on Fridays to protest Sweden’s parliament, holding a sign reading “school strike for climate.”

In September, Thunberg addressed the U.N. General Assembly in New York to berate world leaders, accusing them of having “stolen my dreams and my childhood.”

“This is all wrong,” Thunberg stated as she addressed the assembly. “I shouldn’t be up here. I should be back in school on the other side of the ocean, yet you all come to us young people for hope. How dare you?”

“You have stolen my dreams, my childhood, with your empty words and yet I’m one of the lucky ones,” Thunberg thundered. “People are suffering. People are dying. Entire ecosystems are collapsing.”

“We are in the beginning of a mass extinction and all you can talk about is money and fairy tales of eternal economic growth. How dare you?” she exclaimed.