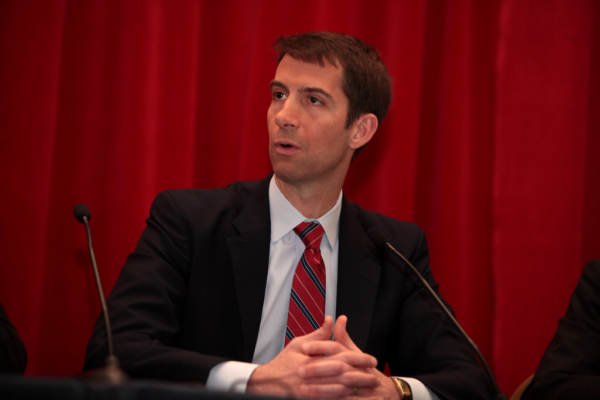 Senator Tom Cotton sent a letter on October 9th to Michael Atkinson, Inspector General of the Intelligence Community, after his dishonest testimony before the Senate Select Committee on September 26th.

MichaelAtkinson withheld information on the partisan CIA “whistleblower” when he testified before the US senators.

IC Inspector General Michael Atkinson repeatedly refused to disclose the bias of the “whistleblower” to the Senate, but later disclosed that very information to the three-ring circus in the House Intelligence Committee. I have some follow-up questions. https://t.co/6HIcvdB08d

The letter outlines five outstanding questions Senator Cotton has for Inspector General Atkinson and asks him to reply no later than 5:00 p.m. on Friday, October 11. The full text of the letter is below and can be found by clicking here.

Your disappointing testimony to the Senate Intelligence Committee on September 26 was evasive to the point of being insolent and obstructive. Despite repeated questions, you refused to explain what you meant in your written report by “indicia of an arguable political bias on the part of the Complainant in favor of a rival political candidate.” This information is, of course, unclassified and we were meeting in a closed setting. Yet you moralized about how you were duty bound not to share even a hint of this political bias with us.

But now I see media reports that you revealed to the House Intelligence Committee not only that the complainant is a registered Democrat, but also that he has a professional relationship with a Democratic presidential campaign. I’m dissatisfied, to put it mildly, with your refusal to answer my questions, while more fully briefing the three-ring circus that the House Intelligence Committee has become.

So, I will ask again and give you one more chance to answer: what are these “indicia of arguable political bias”? More specifically:

This information is urgently relevant for the American people and their elected representatives to evaluate the complainant’s credibility and to determine whether the House’s so-called impeachment inquiry has been, in reality, a well-coordinated partisan attack from the beginning.

This information is also simple, unclassified, and personally known to you. Therefore, please reply in writing no later than 5:00 p.m. on Friday, October 11. I look forward to your answers, even two weeks late.

It has now been nearly two months since IG Atkinson was called on by the US Senate to answer their questions on the bias of Eric Ciaramella, the anti-Trump CIA “whistleblower.”

According to Paul Sperry, Atkinson refuses to comply with the Senator’s request.

BREAKING: IC IG Michael Atkinson refuses to comply with Senate Intelligence Committee requests to detail the political bias of the “whistleblower” he personally handled. Atkinson is an Obama holdover who worked closely with #SpyGate suspects at DOJ. His wife has donated to Dems.

I know why @paulsperry_ It’s because I asked IG Atkinson about his “investigation” into the contacts between Schiff’s staff and the person who later became the whistleblower. The transcript is classified “secret” so Schiff can prevent you from seeing the answers to my questions

As The Gateway Pundit reported last week Atkinson’s wife is also linked to Fusion GPS and he is an Obama holdover.

Atkinson has had two months to respond to Senator Cotton but has ignored his request.
When will he be held to account?