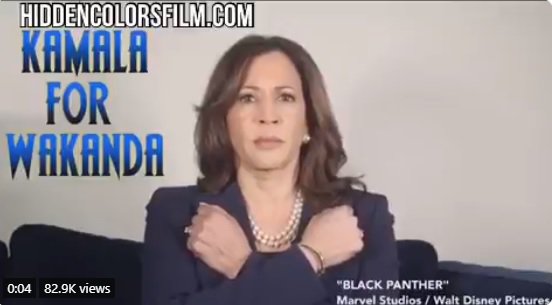 UPDATE: Kamala Harris is dropping out of the Democrat presidential race, according to numerous reports. The Atlantic’s Edward-Isaac Devore was first to report.

Harris’ campaign never recovered from the hit by Rep. Tulsi Gabbard (D-HI) at a July debate.

CNBC reported the cancellation of the fundraiser. Excerpt:

…The event, which was scheduled to take place on Tuesday at the Paul Weiss law firm, was suddenly dropped due to what was described by the campaign as a “personal matter,” according to people familiar with the situation. No date was given for rescheduling. Donors were informed of the decision earlier Tuesday.

Tickets started at $500 and went up to $2,800, which is the maximum a donor can give during a campaign cycle…

A copy of the invitation posted by CNBC showed it was scheduled for lunch time. Support for Harris peaked in early summer at 15 percent following a well-received June debate performance. Harris’ nosedive started when Rep. Tulsi Gabbard dismantled her over her record as a state prosecutor and attorney general in California at a follow-up debate in July.