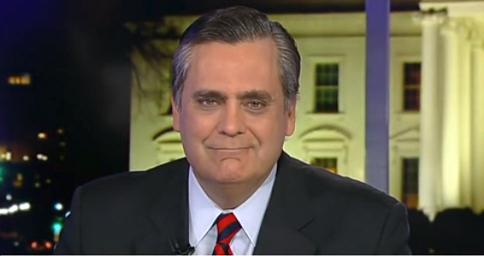 Jonathan Turley: DOJ IG Report Is Damning for the FBI

George Washington University Law School professor Jonathan Turley writes in an op-ed for The Hill that the Justice Department inspector general report’s criticism of the FBI’s handling of the Trump-Russia probe is “damning” and should concern Americans.

The analysis of the report by Justice Department inspector general Michael Horowitz greatly depends, as is often the case, on which cable news channel you watch. Indeed, many people might be excused for concluding that Horowitz spent 476 pages to primarily conclude one thing, which is that the Justice Department acted within its guidelines in starting its investigation into the 2016 campaign of Donald Trump.

Horowitz did, in fact, say that the original decision to investigate was within the Justice Department’s discretionary standard. That standard for the predication (or start) of an investigation is incredibly low, simply requiring “articulable facts.” He said that, since this is a low and discretionary standard, he cannot say it was inappropriate to start. U.S. Attorney John Durham (who is heading the parallel investigation at the Justice Department) took the usual step of issuing a statement that he did not believe the evidence supported that conclusion on the start of the investigation.

Attorney General Bill Barr also issued a statement disagreeing with the threshold statement. Nevertheless, the Justice Department has a standard requiring the least intrusive means of investigating such entities as presidential campaigns, particularly when it is the campaign of the opposing party. Putting that aside, that threshold finding is then followed by the remainder of the report, which is both highly damaging and unsettling. Horowitz finds a litany of false, even falsified representations used to continue the secret investigation targeting the Trump campaign and its associates.

Read the rest of the article here.