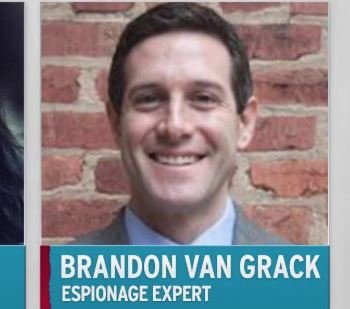 Corrupt DOJ Attorney Brandon Van Grack is neck deep in the General Michael Flynn case initiated by the US government and the Mueller gang.  Van Grack was involved in numerous corrupt and fraudulent activities in the Flynn case.  Former US Attorney Joe diGenova tells us why AG Barr has kept Van Grack on his team.

In May 2018 we reported on the 13 Angry Democrats on Robert Mueller’s investigative team including Obama donor Brandon Van Grack. CNN had heralded Van Grack and the rest of the Mueller team.  In regards to Van Grack, CNN stated as follows:

His Role on Mueller team:

Van Grack was one of the lawyers on Mueller’s team that handled the Flynn investigation, set-up and guilty plea.
He is overseeing Flynn’s case in court.

Van Grack was involved in several high-profile cyber and counter-terrorism cases, including the prosecution of a Kosovo hacker who gave personal information of US service members to ISIS. The hacker, Ardit Ferizi, was sentenced to 20 years in prison, according to a DOJ press release.

Van Grack also helped prosecute a US government employee who took home classified documents that contained national defense information. National Geospatial-Intelligence Agency employee Mohan L. Nirala was found guilty after federal agents made a forced entry into his home and discovered over 500 pages of classified documents in his basement, according to a DOJ press release.

We noted at the time what CNN Left Out in their report on Van Grack:

Since this time Van Grack was involved in many questionable, corrupt and even criminal activities while serving on the Mueller gang.