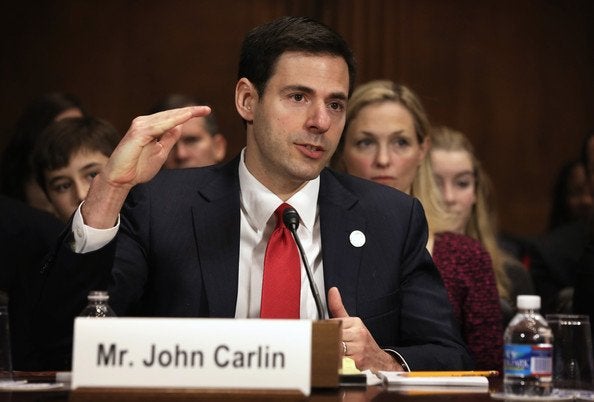 Obama’s Head of the DOJ’s National Security Division, John Carlin, is in some real trouble.  Not only did he lie to the FISA Court about FISA abuse but we determined that he must have been behind lying about Carter Page’s past enabling the Deep State to obtain the fraudulent Page FISA warrant on Page.

In January 2018 we reported comments Dan Bongino made about John Carlin on the Hannity Show on FOX News.  Carlin oversaw the NSA surveillance program under Obama.

Dan Bongino: Sean, let me tell you something and I am willing to put my credibility behind this on your show tonight. Those messages aren’t lost. I absolutely believe this is some kind of canary trap to out leakers again… Make no mistake about this. Donald Trump was set up. This was a sting operation the entire time… Sean, don’t discount the name “John Carlin” within the DOJ. He knew what was going on here in conjunction with Sally Yates and this is the connection I think to the White House on this. Don’t discount that name. He left under very suspicious circumstances.

(Remember how angry all America loving patriots were at this time as we were uncovering the crimes of the Deep State while the corrupt Mueller investigation was going on – this really shows in the above video.)

Jeff Carlson at theMarketsWork.com wrote the following about John Carlin in May 2018:

John Carlin was an Assistant Attorney General – and Head of the Department of Justice’s National Security Division (NSD).

On September 27, 2016, Carlin announced his resignation. He formally left the NSD on October 15, 2016. Carlin had been named Acting Assistant Attorney General in March 2013 and was confirmed in the spring of 2014.

Carlin announced his resignation exactly one day after he filed the Government’s proposed 2016 Section 702 certifications. His signature can be found on page 31.