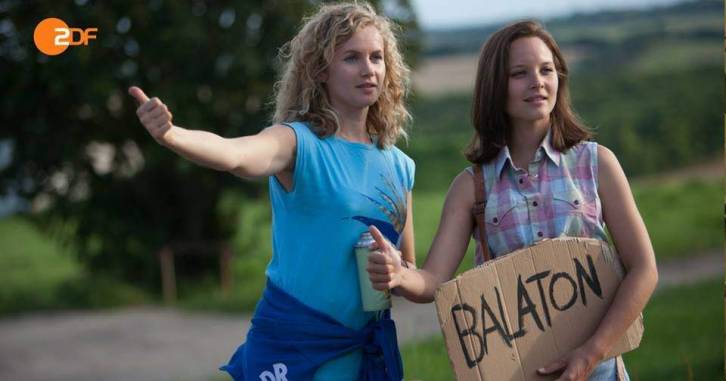 When German Chancellor Angela Merkel opened her nation’s borderless frontiers to the displaced flotsam and jetsam of the Middle East and Africa pro-state mainstream media labelled critics as neo-Nazis’ and ‘white supremacists’.

State police ensured that social disorder by incoming Islamists would be tolerated whilst resistance by critics would be considered intolerable.

As a consequence, unknown numbers of German nationals, those whose roots are actually in Germany, have begun an exodus to ‘less enlightened’ Europe.

Germany has the highest number of nationals living in OECD nations (advanced economies). The 2015 figure was 3.4 million. It is certainly a million or so higher as we slip into 2020.

For comparison, picture the entire population of Berlin opting out of Merkel’s multi-racial religious goulash spiced up with ethnic-diversity.

Frying pan to fire comes to mind when one considers that 1.1 million opted for the U.S. However, an estimated 500,000 Germans moved have to elsewhere in Europe, with many settling in Spain and Portugal. The latter is much less tolerant of intolerable guests than is the Merkel regime.

As predicted by neo-Nazis and media’s white supremacists, the most telling result of Merkel Mania has been increased crime in Germany (France, Scandinavia et al), thanks to Europe being culturally enriched.

Many Germans miss the Soviet-built wall that once divided Germany. Had East Germany remained in the orbit of the Russian Federation just as the Western section stayed in NATO then East Germany would today likely experience a flood of fleeing West Germans.

In Hungary, about two hours west of Budapest, there is a charming region called Lake Balaton.  Why mark the thirtieth anniversary of the fall of the Berlin Wall from a lake in Hungary? Because it’s where a lot of Germans have fled to who are fed up with Mad Merkel’s new Germany.

The Lake Balaton region is teeming with Germans who have moved here for all sorts of reasons. But, a local real estate agent explains that the biggest reason is a migrant crime in Germany.

‘At the moment our clients are 80 percent German,’ Hungarian Real Estate Agent László Kozma told us, ‘The main reason is the migration problem in Germany.’

Kozma says the number of Germans moving to Lake Balaton spiked immediately after Chancellor Angela Merkel dubbed ‘The Beast from the East’ allowed over a million mostly Muslim asylum seekers into Germany in 2015, while Hungary has turned migrants away.

‘Yes, yes, yes, this is the reason,’ Kozma says.  ’They want to escape to Hungary and live here permanently.’

They include Germans like Gerhardt Boehm, who told us he would never move back. He feels safe in Hungary. Kozma says there currently are not enough properties in the area for all the German buyers. Surely, there must be one Hungarian property for Frau Angela Merkel?

Here is a report from Hungarian television, reporting on the same phenomenon (English subtitles):