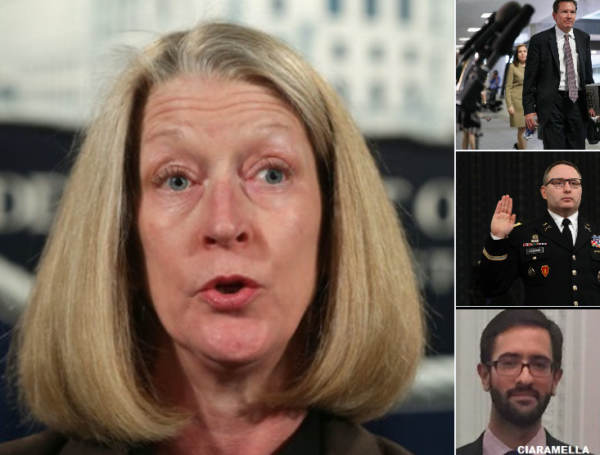 Former Obama DOJ-NSD Head Mary McCord was involved in setting up General Flynn in the White House days after the 2017 Inauguration.  Now she is reportedly working for Adam Schiff with her former lawyer at the DOJ, the now ICIG Michael Atkinson.  McCord is as crooked as they get.

2) “I think people do see that this is a critical time in our history,” said Mary McCord, a former DOJ official who helped oversee the FBI’s probe into Russian interference – and now is listed as a top outside counsel for the House in key legal fights tied to impeachment.”

6) And Mary McCord is working for Adam Schiff.

Now how the “whistle-blower” complaint was constructed makes sense.

House lawyer McCord and ICIG Atkinson were working together.