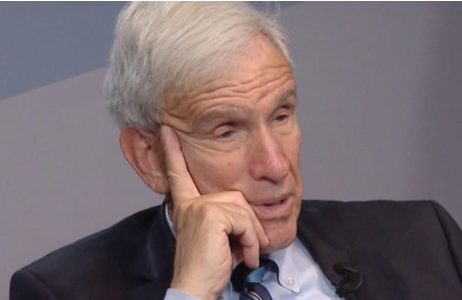 By The Daily Sheeple |  Sean Walton

After a chaotic morning at the state capitol in Richmond, and despite huge turnout from thousands of gun owners, Virginia Democrats approved a number of gun control bills in a key committee hearing Monday.

The Senate Judiciary Committee meeting was supposed to begin at 8 a.m., but was delayed more than an hour thanks to the long lines to get in the doors of the capitol. New rules banning the lawful carrying of firearms in the capitol and office buildings led to new security measures, which in turn led to lengthy delays and annoyed staffers and citizens. Meanwhile, some Democrat staffers were apparently able to bypass the required security.

We were told the new screening process was established as a safety precaution. That means it should apply to everyone. We hope this report isn’t true. https://t.co/FE825eA2RH

After folks cleared the long security line, they were then told that Democrats were requiring an equal number of supporters and opponents of the gun bills to be seated in the committee room, despite the fact that those opposed to the bills far outnumbered gun control supporters.

Very odd to screen citizens for their viewpoints before they’re allowed to sit down at a legislative hearing. https://t.co/TGOFH2cP4y

On Friday, House Speaker Eileen Filler-Corn and other Democrats claimed that the newly enacted ban on firearms in the capitol was done at the request of the Capitol Police. But according to Col. Anthony Pike, that was not true. He told the press that Democrats came to his office asking how best to implement a ban.

As for this morning’s hearing, Democrats passed a number of gun control bills out of the Judiciary Committee, though not without some modifications.

SB 12 and SB 70, both dealing with requiring background checks on all private transfers of firearms, were combined into one bill going forward, and the measure was modified so that it only applies to private sales, not private transfers. Gun control advocates were not pleased, according to the Virginia Shooting Sports Association.

Meanwhile, SB 16, Sen. Dick Saslaw’s sweeping gun, magazine, and suppressor ban, was struck from the record, which means there will be no further action on the bill. Instead, Democrats will focus their efforts on HB 961, a slightly modified version of Saslaw’s legislation that “allows” gun owners to maintain possession of their banned firearms if they register them with the Virginia State Police. The ban on magazines that can accept more than 10 rounds, as well as lawfully purchased suppressors, remains in the House version of the so-called “assault firearms” bill.

The Senate Judiciary Committee also approved SB 69, which imposes a gun rationing scheme on the state, forbidding most gun owners from purchasing more than one handgun per month.

Red flag legislation and a bill that would allow for local governments to pass temporary gun bans for permitted events were also approved on party-line 9-5 votes.

The NRA, which had encouraged gun owners to attend the committee hearing today, say they were thrilled with the large turnout, though they aren’t happy with how the votes turned out.

An absolutely incredible turnout by @NRA members in Richmond today. In contrast, abysmal showing by Moms Demand and anti-gun groups. Bloomberg has billions to buy politicians BUT @NRA members have the will to fight harder. #valeg #virginia pic.twitter.com/B4Pvkx8JC9

The next stop for all of these bills is the floor of the state Senate, and it is expected that Senate Majority Leader Dick Saslaw will call for votes as soon as he can. Virginia Democrats are obviously hoping to ram through as much of their anti-gun agenda as they can before Lobby Day brings tens of thousands of gun owners to the capitol on January 20th.

Delivered by The Daily Sheeple

We encourage you to share and republish our reports, analyses, breaking news and videos (Click for details).

Contributed by Sean Walton of The Daily Sheeple.

Sean Walton is a researcher and journalist for The Daily Sheeple. Send tips to [email protected]