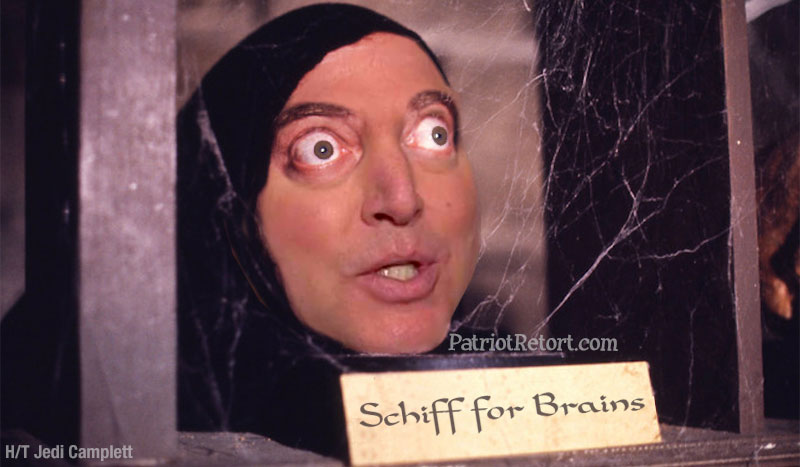 “The innocent do not act this way,” tyrant Adam Schiff said of Trump’s legal team mounting a defense and attempting to fight subpoenas in court.

This of course sets the precedent that every American who mounts a legal defense is guilty which is an abomination to our Constitution.

House Speaker Nancy Pelosi also suggested something similar when she called on President Trump to prove to the court he is innocent.

“The innocent do not act this way.”

Here is the authoritarian in Adam Schiff, revealed for all to see.

That, in Schiff’s eyes, proves guilt.

Reject this sham. Dismiss the articles.#ImpeachmentTrial

Did Schiff just say mounting a legal defense is evidence of guilt?

Adam Schiff forced to defend his secret hearings in the House Intel Committee, arguing that he didn’t want witnesses to coordinate testimonies.

Nice story. Americans still remember leaks before or after almost every witness’s testimony that was favorable to the Democrats. pic.twitter.com/YV3qSyoULx

“It’s dangerous to suggest that invoking constitutional rights is impeachable — it’s dangerous,” Cipollone said. “And you know what? It is dangerous, Mr. Schiff.”