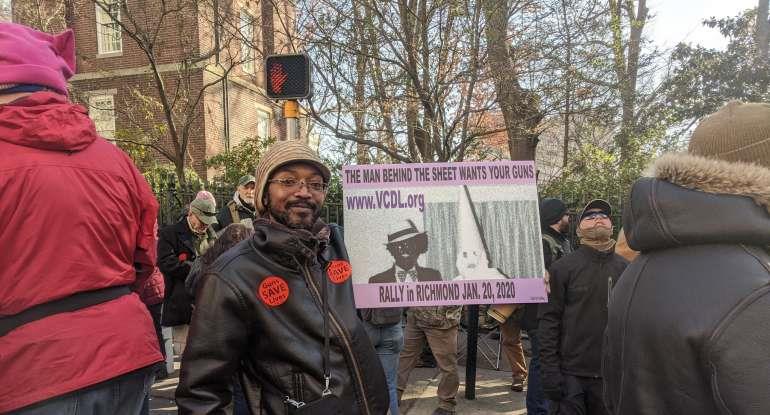 All day Monday the media tried to whip up fear and loathing by calling peaceful Americans of all colors and creeds “white supremacists,” “white nationalists,” “hate groups,” and “militia groups,” warning they would cause “violence” at the rally for Second Amendment rights in Virginia on Monday. Here’s an absolutely mind-numbing montage of the kind of fake news pumped into every American living room today. Literally none of it happened. Not only was no one arrested, but they carried out their trash too. Monsters.

#NEW MONTAGE from me showing how @CNN and @MSNBC spent their mornings hyping fears that “white nationalists” and “extremists” would cause “violence” at #VirginiaRally for the #2A like in 2017 at Charlottesville #LobbyDay2020 pic.twitter.com/wR91mMPfmR

What did happen, however, was a huge show of minority support for the Second Amendment, including a very surprising and welcome show of support from the LGBT community.

Representation for the gay community is also in attendance at the 2nd amendment rally in Richmond, Virginia.

There were several minorities carrying signs that read, “Do I look like a white supremacist to you?” and mocking the media lies.