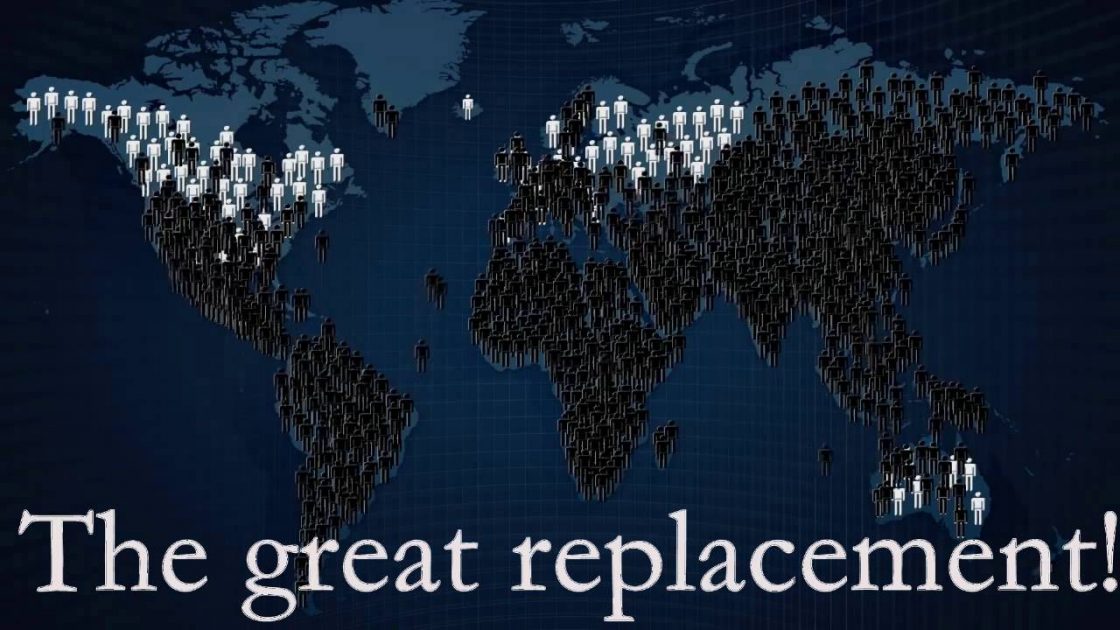 In an interview with my longtime friend, top immigration specialist Fred Elbel, he gave a frightening look at America’s future.  He said, “In the United States, the culture war can loosely be defined as the battle between those who adhere to conservative, traditional, and constitutional views and leftists who espouse political correctness, diversity identity group politics, and belief in more than two biological sexes. (www.Cairco.org)

“Mass immigration is a tool of the global elites and of the Left – that is, of the Democrat party – to fragment American society and to displace those who adhere to traditional American values and the foundational premise of our Constitutional Republic. In other words, to disempower Whites, who will become a minority in their own country by mid-century. This isn’t a slur on Blacks or any other nationality, but in essence it is White Europeans who invented and perpetuated Western Civilization. This great displacement of Whites is therefore synonymous with the displacement of Western Civilization.”

If you don’t think this displacement isn’t going on right under your eyes, take a trip to Detroit, Michigan; Minneapolis, Minnesota; Miami, Florida; New York City; Los Angeles, Atlanta, Georgia and most other large cities with welfare offices and refugee centers.  Be prepared to see a deformation of American culture into strange and incompatible cultures taking root.

“In Canada, it’s the same, only worse,” said Elbel.  “There is no fundamental protection of freedom of speech as there is in the U.S. Indeed, Canada has hate speech laws which are readily interpreted to restrict criticism of mass immigration and the agenda of political Islam.” (Trudeau has his country’s free speech by the throat.)

One trip to Vancouver, British Columba, now known as “Hongcouver”, 65 percent pure Chinese have run native Canadians out of that city and, in time, will run them out of that province.  Soon enough, the Chinese will secede from Canada. At that point, you will see millions immigrate from China to newly named “Chinese Columbia.”

“Western Europe is much like Canada, only worse still,” said Elbel. “European nations have been systematically overwhelmed with hostile, unassimilable Islamists – Muslims. For the most part, individuals are prohibited from discussing and objecting to the invasion.

In the January 25, 2020 American Greatness article, In the Global Culture War, People and Paintings Are Both at Risk, Karl Spence explains how much is at stake. The article is well worth reading in its entirety. Here are a few excerpts:

“The global war we face today puts everything—both civilian lives and cultural artifacts at grave risk. (Has anyone noticed what Muslims do to artifacts?  Answer: they blow them up or destroy them no matter what their origins.)

“This war is not properly called a “Global War on Terror.”   What we’re up against is the world’s largest and most violent religion: Islam. I doubt that anyone understands Islam better than the men who had been living and breathing it all their lives and killed 3,000 of us in a single morning on 9/11.

“I call it a cultural war because it is a struggle over whose values, beliefs and practices will prevail.”

In the end, who wins such cultural wars?  Answer: the army with the most people and religious fervor. Who might that be?  Answer: Muslims!  And, we aren’t winning it in America because we continue importing them to increase their numbers and powers.  It’s purely America’s suicide death march in action, all in the name of, “We’re a nation of immigrants.”

Would Muslims destroy the Sistine Chapel?  Yes!  How about the Mona Lisa?  Yes!  Would they destroy “David” in the city of Florence? How about Notre Dame Cathedral?   Without a doubt, they would destroy every statue and painting of every classic in the known world if they gained power.  How about the Lincoln Memorial? You betcha!  Once in control of any country, Muslims destroy any artifact that fails to honor Allah.

That means: everything.  Then, they install Sharia Law, the most barbaric practices under the sun against women, children, animals, free speech, free thought and anything rational.

And yet, the Canadian and American people, as well as all Europeans—work for their own suicides as cultures, religions and languages.

It’s curious to watch. It’s curious to see the speed of it.  It’s painfully curious that it occurred in my short lifetime on this planet.  It’s sickening how a barbaric 6th century religion could topple Western humanity, Western civilization, Western thought and Western Law.  But day by day, city by city, that’s what’s happening to Europe, Canada, Australia and Americas.

How can we stop this accelerating destruction of Western Culture and society?

Facebook Adventure Page: How to Live a Life of Adventure: The Art of Exploring the World

Adventure book: How to Live a Life of Adventure: The Art of Exploring the World

Frosty Wooldridge possesses a unique view of the world, cultures and families that he obtained bicycling 100,000 miles around the globe and across six continents in the past 25 years. He has written hundreds of articles on a regular basis for 16 national and 2 international magazines. He has had hundreds of editorials published in top national newspapers including the Rocky Mountain News, Denver Post, the Albany Herald and Christian Science Monitor.
https://dcdirtylaundry.com/the-great-displacement-of-americans-devolving-western-civilization/