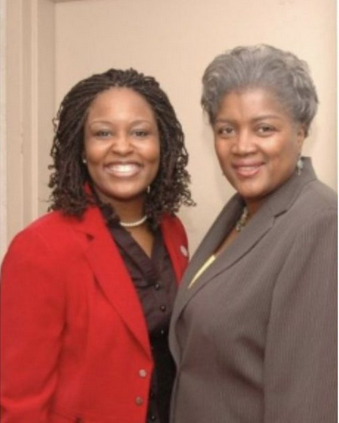 One juror in the case against long-time Trump associate Roger Stone has been revealed as a member of the Trump-hating resistance by her social media profile.

Self-help author Mike Cernovich noted that Tomeka Hart was one of the jurors on the case, and she has bashed President Trump incessantly on her Twitter account.

Ignoring the numerous indictments, guilty pleas, and convictions of people in 45’s inner-circle, some Republicans are asserting that the Mueller investigation was a waste of time because he hasn’t found evidence of… https://t.co/HxDodwFxFF

Marched by 45’s hotel…and the crowd went boooooo!!! Then yelled shame, shame, shame as we walked by!

In addition, Hart has been a long time Democrat Party activist and even ran for Congress as a Democrat in Tennessee.

FWIW, the juror is also a former Democratic congressional candidate in Tennessee https://t.co/G4i9bnSklQ

Who is Tomeka hanging out with? pic.twitter.com/xerOFKKisj

Cernovich pointed out the fact that this Democrat activist and anti-Trump resistance member was even allowed on the jury shows a stunning level of misconduct by the judge who presided over the case.