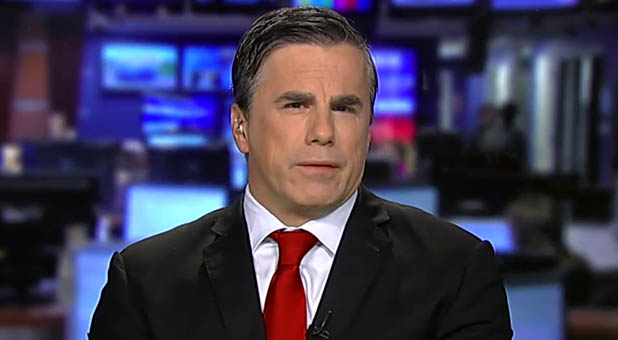 Tom Fitton: “The Justice Dept. Is in Crisis. It’s Not Because of Donald Trump

It’s Because of Misconduct of Attorneys Throughout the Agency”

Earlier in the day Attorney General Bill Barr told ABC News that President Trump has not asked him to do anything on any criminal case but that he should stop tweeting about the Department of Justice.

Barr is upset with the president’s tweets as the DOJ continues to target, persecute and ruin Trump supporters. Tom Fitton went off on the Attorney General. The problem is not Trump’s tweets — it’s misconduct of radical far left attorneys.

Tom Fitton: We have a crisis at the Justice Department. We just have another set of documents. I don’t know Lou if you know this. Duncan Hunter, the Republican forced out of office. The prosecutors there attended a Hillary Clinton Campaign party. And they told the court the reason they are there was to provide advice in case of a security incident. It turns out they were there because they wanted to be there. They said it was a fabulous party. Lying to the court, further suggesting another compromised investigation and prosecution of another Republican/conservative. The Justice Department is in crisis. It’s not because Donald Trump’s complaining about it. It’s because of misconduct of attorneys throughout the agency who are partisan and think they can do whatever they want and get away with it.