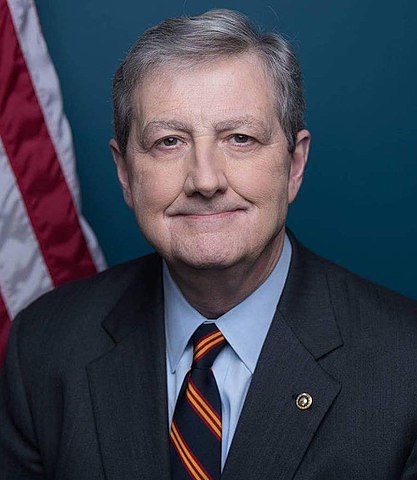 Homeland security chief Chad Wolf suggested Tuesday the flu is as dangerous as coronavirus, even though China’s virus seems to be ten times as deadly.

In a budget hearing with the Senate’s appropriations committee, Wolf was asked by GOP Sen. John Kennedy about the death rate from coronavirus, and then about the seasonal flu:

Kennedy: What is the mortality rate so far?

Kennedy: How much under two percent?

Wolf: I’ll get you an exact figure, I’ll check with CDC on their monitoring [of] the worldwide mortality rate and I will get that for you.

Kennedy: But you don’t know the mortality rate today?

Kennedy: Well, I understand that. What’s the average since we discovered the virus?

Wolf: Again, it is under two percent. It was as high as three. Numbers were recalculated based on reporting.

Kennedy: Is it between one and a half and two [percent]??

Wolf: It’s between one and a half and two percent.

Kennedy: Okay, what’s the mortality rate for influenza over the last, say ten years in America?

Kennedy: You sure about that?

The mortality rate from the flu os 0.1 percent, according to MedicineNet.com.

The mortality rate from China’s coronavirus roughly 3.4 percent of recognized cases, according to data presented by Johns Hopkins University.

DHS Secretary Chad Wolf claims the mortality rate for coronavirus is similar to the flu, both at about 2%. Senator Kennedy says “are you sure of that?” and the secretary doubles down.

The mortality rate for seasonal flu is closer to 0.1%: pic.twitter.com/Fo6nfQrbni

Wolf’s performance got poor reviews in the media.