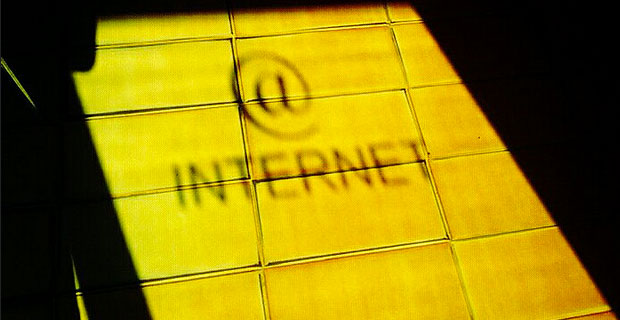 Misinformation and Misery: You Need to Watch Out Online

The internet, according to many, is the way of the future, the basis for a large part of the economy, and a way for all of us to become more connected. Yet it’s also dangerous, and many people aren’t prepared at all, if the number of people who get scammed or otherwise bothered online has anything to say about it. And in the case of a world that’s diving headfirst into a technological and computer-driven future with or without us, it seems that the only recourse is to move forward and learn what to watch out for.

There’s no filter on the internet. Perhaps on a few sites and perhaps in a few select cases such as when child pornography is involved. Yet in general pornography is rampant, and quite a few of the most popular sites are dedicated to obscene content. People can look up “snuff films” with little more than a few select searches, and there’s no limit on who can do so.

And as the internet just keeps building on itself, there’s always more to watch out for, and often to compete with each other sites accrue a host of increasingly degrading content, not only for the site to host but for people to view. There might be an “age gate”, but no one is checking if someone is actually 18, no matter what they’re doing or watching. And ISPs (some better than others) can provide parental controls, but people need to know how to implement them first, and make sure naturally curious children don’t quickly find a way around them.

Harsh language is honestly probably the least of your worries. Learn at least the outline of what is online, so you can be prepared instead of having to react.

Unlike papers or more trustworthy sources of news, you can’t always trust what you read online (and sometimes you can’t even trust the papers). Most sources online have an agenda, and are often willing to exploit, trust, cherry-pick, or outright deny the truth in order to forward that agenda, and you need to know which sites you can trust.

Always consider the sources of your information (statistics can be misused, and not every scientific journal is reputable), and care just as much about the byline of the site you’re on as what you’re reading on the screen. You can probably look up a name or site if you’re interested, and you can see what the writer and publisher are all about.

Ultimately, the examples can be simple. Would you any study on beef products to be objective when it’s funded by an extremist animal rights group? Would you trust a study about gun violence funded by people who want to take those guns away? And even if they did conduct their research in a responsible manner, do you think they would release the results unless it helped their narrative?

And much like the above section, you should remember that younger people don’t always yet have the critical mind and strong values necessary to navigate these online waters. Start to understand the tactics used by those who would misrepresent the truth, so you can move forward and find the way for the people you care about.

We’re certain you’ve dealt with scammers, people happy to waste your time, and government incompetence in your time. And if you’d think those things would go away just because many processes are now online, we are sad to report you would be mistaken. There’s still the same problems as before, just with a new face and less humanity in them.

Would you trust the site of the DMV with your most personal information? What about other government entities? They’re moving forward with keeping online records, despite the fact that they’ve been known to have records hacked in the past and they certainly have the resources (your taxpayer dollars) to a much better job at keeping them safe. Consider some of the problems of the Health Connector when it was released, and people effectively were forced to use that. Online interactions even with supposedly trustworthy entities can backfire horribly.

On top of this, shady companies will design features, programs, and website in order to regularly trick you out of your hard-earned dollar, often inserting ads that are poorly or malevolently designed, autopay functions designed to make to forget your subscribed or not even realize you’ve done so in the first place. Sites might be obligated to protect your data in some instances, but how does that work when it’s an international site (or if they simply don’t care)? Caution must be practiced in all circumstances.

While we don’t want to dwell on this topic too much and while we touched upon it briefly in the last section, we would be remiss if we didn’t remind you of the common threats of hackers, other cybercriminals, and malware. Vigilance and common sense are key, and we suggest you find a guide to online security from a trustworthy source and follow it. Sometimes a little investment will be needed, and security measures can be inconvenient, but whatever you do will be far less inconvenient than having your devices ruined by malware.

Just remember these few things, and they can apply to most online interactions:

The Internet has become necessary for many of us, and can provide many benefits to the average person, even being able to access this very site. Yet there are many dangers as well, and putting your head in the sand when it comes to technology isn’t going to keep you and your family safe. Only informing yourself and becoming more comfortable with its workings is the best bath forward, and we understand this isn’t done in a day. With that in mind, we encourage you to think critically, move forward, and remember the values that got you to where you are today.