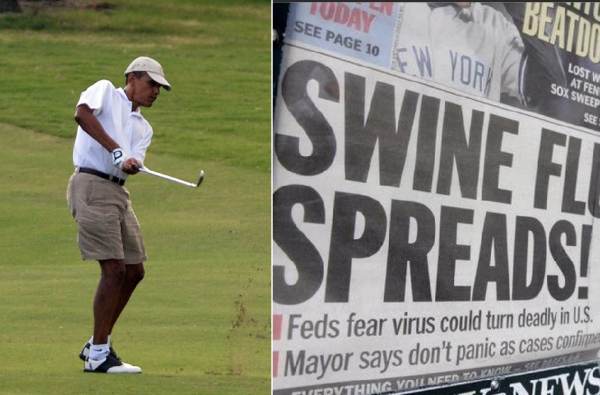 Back in 2009 when the Swine Flu – H1N1 influenza was sweeping across the country Obama went golfing.
Funny how the media never brings this up.

The U.S. Centers for Disease Control and Prevention (CDC) estimated that that during the outbreak there were 60.8 million cases in the US, 274,000 hospitalizations, and 12,469 deaths.

There’s video of one reporter asking the White House press secretary about the optics of Obama golfing while Americans were dying.