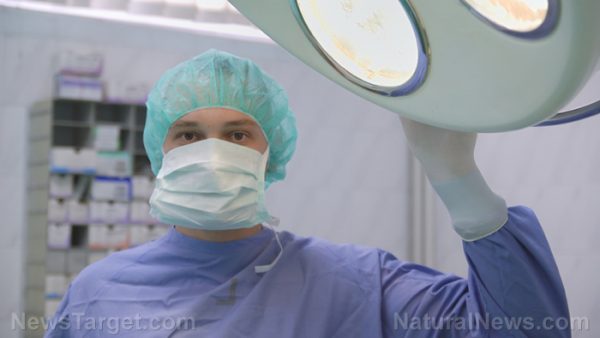 Epidemiologist Neil Ferguson, who created the highly-cited Imperial College London coronavirus model, which has been cited by organizations like The New York Times and has been instrumental in governmental policy decision-making, offered a massive revision to his model on Wednesday.

Ferguson’s model projected 2.2 million dead people in the United States and 500,000 in the U.K. from COVID-19 if no action were taken to slow the virus and blunt its curve.

However, after just one day of ordered lockdowns in the U.K., Ferguson has changed his tune, revealing that far more people likely have the virus than his team figured. Now, the epidemiologist predicts, hospitals will be just fine taking on COVID-19 patients and estimates 20,000 or far fewer people will die from the virus itself or from its agitation of other ailments.

“This is a remarkable turn from Neil Ferguson, who led the [Imperial College] authors who warned of 500,000 UK deaths — and who has now himself tested positive for #COVID,” started Berenson.

“He now says both that the U.K. should have enough ICU beds and that the coronavirus will probably kill under 20,000 people in the U.K. — more than 1/2 of whom would have died by the end of the year in any case [because] they were so old and sick,” he wrote.

To put this number in context, there are usually thousands of deaths from the flu each year in the U.K. Here is some information from the University of Oxford on deaths ranging from 600-13,000 per year:

Influenza (flu) is a very common, highly infectious disease caused by a virus. It can be very dangerous, causing serious complications and death, especially for people in risk groups. In rare cases flu can kill people who are otherwise healthy. In the UK it is estimated that an average of 600 people a year die from complications of flu. In some years it is estimated that this can rise to over 10,000 deaths (see for example this UK study from 2013, which estimated over 13,000 deaths resulting from flu in 2008-09). Flu leads to hundreds of thousands of GP visits and tens of thousands of hospital stays a year.

Berenson continued: “Essentially, what has happened is that estimates of the viruses transmissibility have increased — which implies that many more people have already gotten it than we realize — which in turn implies it is less dangerous.”

“Ferguson now predicts that the epidemic in the U.K. will peak and subside within ‘two to three weeks’ — last week’s paper said 18+ months of quarantine would be necessary,” the former reporter highlighted.