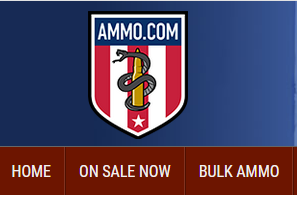 Get Paid $1,200 to Watch the 12 Best Prepper Movies as You Self-Quarantine to Avoid COVID-19

Maybe you’ve got the “Wuhan Coronavirus.” Maybe you’re just afraid of getting it. Either way, staying at home and self-quarantining doesn’t mean you can’t have a good time – or make money.

Something we believe about gun-owning Americans: They tend to have a lot more imagination than the average bear. I mean, why else are you prepping? Because you can visualize a future where it might be necessary to have enough food, water, weapons, and ammo (we’ve seen a huge increase in the sales of 40 cal, 223, 7.62x39mm and even 12 gauge shotgun shells since the outbreak) to sit things out for the long haul. So it probably won’t take a lot of convincing to get you to watch these apocalyptic movies that will remind you why you prep while you shelter in place.

We like these movies as much as the next guy. So we’d love to hear your take on the common thread that runs through all of them, which are better than others and why and how they impact your view of prepping in the 21st Century.

Who We’re Looking For

Someone passionate about both prepping and disaster movies who has time on their hands to watch some of our favorite prepper films.

The job role is simple: Watch 10 movies, one miniseries, and one television show episode within 30 days, and answer a few question along the way. You’ll receive a small worksheet to complete.

To apply, you must be over 18, a U.S. citizen or permanent resident, and in agreement with our Terms & Conditions. It’s also helpful for you to be a gun owner (though not required!) so that you can potentially spend your winnings on bulk ammo here at Ammo.com.

Here are the movies and series you’ll be watching:

Based on the gripping Cormack McCarthy novel, The Road picks at the scab that is every parent’s worst fear: Having to confront the end of the world with a child in tow. The actual catastrophe takes a backseat to what becomes of humanity after TEOTWAWKI. There’s no real word for this film other than “grim,” so have someone you care about nearby when you’re viewing this one. (1 hour, 51 minutes)

Where to watch it: Amazon Prime, Netflix

What if the person who saves you is actually the bad guy? This is the central question of 10 Cloverfield Lane, one to which we never get a satisfying answer. The result is something that will keep you on the edge of your seat for the entire length of the film. This spiritual sequel to Cloverfield is less about the end of the world than it is about the interactions between a small group of people who are left. (1 hour, 43 minutes)

The Chernobyl disaster was a real-life catastrophe taking place during recent human memory. Chernobyl is a frighteningly accurate portrayal of events in the small Belarussian town on the day of the world’s biggest nuclear power disaster. Russian Culture Minister Vladimir Medinsky, whose father was a Chernobyl liquidator, called the HBO miniseries “masterfully made.” There is likely not a more realistic depiction of apocalypse than this. (5 hours, 30 minutes)

Most of these are all pretty grim, so if you’re looking to lighten things up in the middle of your binge-watching, check out Captain Fantastic. The film depicts a family of left-wing anarchists who leave society for something more primitive and self-reliant, being forced back into society by circumstances outside their control. (1 hour, 58 minutes)

This was the film that first introduced Mel Gibson to American audiences. Unlike many of the other films on our list, this is a society in the middle of decay, not one at the very end of the world. Gibson doesn’t talk much in this movie, but even when staring silently into the distance, he makes his point. Think of this film as less of a science fiction picture and more of a western transported into a dying Australia. (1 hour, 28 minutes)

A Quiet Place does more in 90 minutes than most movies today can do in two hours. This is a quiet, but well-paced post-apocalyptic thriller that will make the parents uncomfortable – think about having a pregnancy in a world where sound brings death. This film definitely broke John Krasinski from his defining role on The Office. (1 hour, 30 minutes)

Black Mirror has been hit or miss since moving over to Netflix for first-run episodes, but there is nothing missing in this taut, creepy and unnerving episode about a world where humans are hunted by unstoppable robotic dogs. The episode cuts to the heart of what it means to retain one’s humanity in a world where it is constantly under attack and reminds us that “man does not live by bread alone.” (41 minutes)

Where to watch it: Netflix

Children of Men flips the premise of some of the other films on our list on their heads: What if the problem is not that you’re making your way through an apocalyptic hellscape with a child, but that the apocalyptic hellscape is that there are no more children at all? While it lacks the nuance of the original P.D. James novel, Children of Men is a worthwhile watch, particularly thanks to Michael Caine. (1 hour, 49 minutes)

28 Days Later sparked a resurgence in the zombie film subgenre, as well as introduced mainstream American audiences to both Danny Boyle and Cilian Murphy. Contrary to popular belief, it was not the first appearance of “fast zombies” – that distinction goes to Return of the Living Dead. More to the point, an entire generation of preppers has jokingly referred to their gear as their “zombie survival kit” at least once. (1 hour, 53 minutes)

The Book of Eli

Given their similarities, one would think that there would be more attempts at combining apocalyptic fiction with the classic American Western. The Book of Eli was the only one that we could think of (other than the great, but a little too weird for this list, Six String Samurai). This film, about a quest to preserve the last copy of the Bible, was an unusual turn for Denzel Washington that we have little doubt our readers will enjoy. (1 hour, 58 minutes)

Back here in the real world, Into the Wild is something that actually happened. Chris McCandless was an American hiker who moved into the Alaskan outback without proper preparation. The film is an excellent cautionary tale about the necessity of knowing what you’re doing long before you go off grid. (2 hours, 28 minutes)

This medical thriller is perhaps the most relevant on our list. Inspired by the SARS outbreak in the early 2000s, it depicts exactly how a pandemic event plays out. The screenwriter notably consulted with the WHO, the CDC, and medical experts to ensure the accuracy of how a virus can rapidly spread across the globe. The result is a terrifying look at the loss of social order during a pandemic that was praised by both critics and scientists. (1 hour, 46 minutes)

What You’ll Need To Do

Binge watch these 10 movies, one miniseries, and one television show episode inside of 30 days. Using a worksheet that we will provide, you’ll answer a few questions about what you learned from each of these movies and series. This allows us to share unique prepper ideas with our followers – and ensures you actually watched everything! – in order to claim your prize.

What You’ll Receive Once You Submit Your Report

What You’ll Receive Once You Submit Your Report

You’ll also get a $50 Amazon gift card once you’re chosen so that you can rent all the films you don’t currently have access to. No need to go out-of-pocket while you prep!

To apply for this prepper dream job, simply fill out and submit the form below:

to fill out the form the go to https://ammo.com/articles/prepper-dream-job