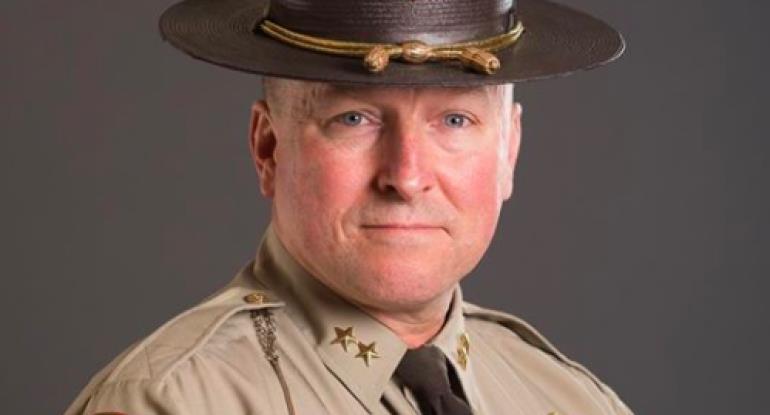 REBELLION: ‘This Is Not Nazi Germany or Soviet Russia Where You Are Asked For Your Papers!’ Says Maine Sheriff

Maine’s Franklin County Sheriff Scott Nichols has a strong message for the Governor of Maine, Janet Mills, who issued “stay-at-home” orders with threats of police punishment if not followed. Sheriff Nichols issued a statement on the Franklin County Facebook page saying in no uncertain terms he will not follow the unconstitutional order.

“We will not be setting up a Police State. PERIOD,” he wrote. “The Sheriff’s Office will not purposefully go out and stop vehicles because they are on the road or stop and ask why people are out and about. To do so puts our officers at risk. This is not Nazi Germany or Soviet Russia where you are asked for your papers!”

The sheriff’s announcement comes as a welcome sign to Americans who have been arrested for inane things like praying outside, surfing, or trying to drive to work. Someone has to stand up to the unconstitutional directives that are being handed down daily by government officials and it will fall on the sheriffs to uphold what they know to be their legal and lawful duties, none of which involve trampling the rights of citizens.

“Please use common sense during this executive order. We are more interested in the safety and well-being of the public as well as our officers at this time. With that being said, we are sworn to uphold the Constitution and laws of the State – for any unlawful act/situation, arrestees will be taken into custody and transported for fingerprinting and bail.”

Nichols made it clear that he only intends to arrest for matters of law-breaking, and nothing else. Executive orders aren’t laws. He finished his announcement with words of encouragement for his constituents: “Most of you are doing a fantastic job – we appreciate that! Please look out for one another, especially the elderly and shut-ins. Please be a good neighbor/citizen always showing compassion. Please be kind especially on social media, negativity online only adds to the stress people are currently experiencing.”

Nichols signed this brave decree with his name and followed it with “Of the People, For the People.”

The sheriffs of America have great power and authority where unconstitutional executive overreach is concerned. All the sheriffs of our nation should start conferencing with Sheriff Nichols immediately to learn more about the limits of their offices. Frankly, I’m surprised it took this long for one to come forward with this common-sense response to unlawful acts by state officials. Perhaps a good exercise for people stuck on lockdown would be to call their local sheriff’s office and find out where the local sheriff stands on this very important issue of the people’s rights.

Megan Fox is the author of “Believe Evidence; The Death of Due Process from Salome to #MeToo,” and host of The Fringe podcast. Follow on Twitter @MeganFoxWriter