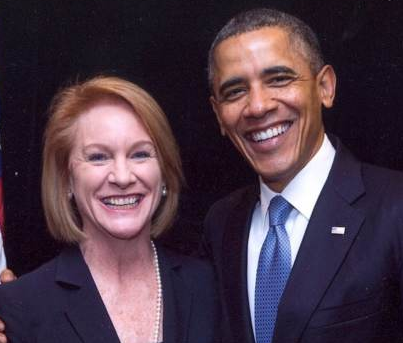 Seattle Mayor Jenny Durkan has been very tolerant of the city’s Capitol Hill Organized Protest, or CHOP. For weeks now, CHOP has squatted on land it doesn’t own and violated the constitutional rights of the 30,000 Americans who live on that land 24/7.

Durkan doesn’t care. She called CHOP the “summer of love” shortly before it became a season of slaughter: Three people have died in the CHOP, including a teenager this past weekend. Residents who did not choose to live in CHOP — they didn’t cross its borders, CHOP’s borders crossed them — now live in fear of Wokistan’s thought police backed by the zone’s armed warlord.

Durkan has said she would send in the city crews and police to dismantle CHOP, but so far she has not. CHOP, the segregationist, secessionist confederacy of woke campus radicals and others, remains. But it seems that even a mass squatting protest that makes national headlines — mostly detrimental to whatever cause they’re pushing — has not attracted enough attention.

Durkan released a statement expressing her anger at the protest. She was especially upset that Seattle City Council member Kshama Sawant had joined the protesters at her home.

“Mayor Durkan and her family are in the state program to keep their address confidential because of the death threats mostly related to her work as Seattle’s U.S. Attorney under President Obama. Instead of working to make true change, Councilmember Sawant continues to choose political stunts,” read the statement from her office.

“Tonight she did so without regard for the safety of the Mayor and her family. The Mayor was not even home — she was working at City Hall. Seattle can and should peacefully demonstrate but should not put families and children at risk,” the statement concluded.